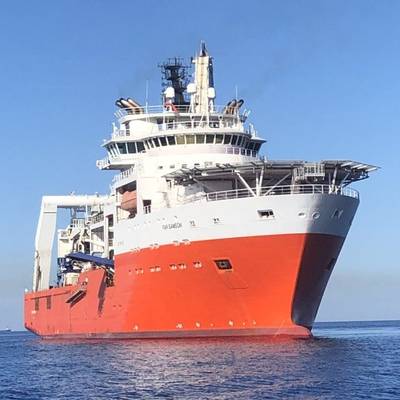 The CSV Normand Samson was chartered by a major oil service firm for a minimum of 350 days, with the possibility to extend for an additional 150 days, according to the company. Solstad did not say who the client was.

"The vessel will be utilized on a field development project in South America," Solstad Offshore said.

Elsewhere in the Norwegian offshore support vessel space, contracts have been announced this week by Havila Shipping and Eidesvik Offshore.

Havila Subsea is suitable for launch and recovery operations with ROVs, ROTVs, AUVs, and geotechnical equipment.

Also, oil and gas firm Wintershall Dea has declared options to extend the contract for Eidesvik Offshore's supply vessel Viking Princess from January 2022 in direct continuation of the current contract, extending the firm period to January 2023.

Viking Princess was the world’s first offshore vessel with a battery hybrid energy storage solution replacing a traditional generator. In November 2021, the vessel will also be equipped with a shore power system.

Eidesvik Offshore also had big news to share regarding top management changes. Namely, it said Thursday its CEO and President Jan Fredrik Meling would, as planned, retire from the position at the age of 65 effective December 31, 2021, after more than 16 years in the position.

Starting January 1, 2022, the company’s CCO Gitte Gard Talmo will replace Meling who has served as President & CEO since 2005.