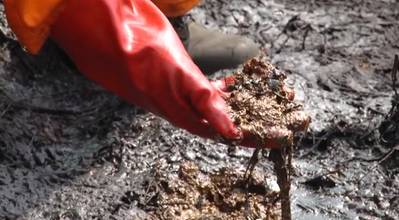 Shell has manipulated oil spill investigations in Nigeria, with the company’s claims on oil pollution in the region deeply suspect and often untrue, claim Amnesty International and the Centre for Environment, Human Rights and Development (CEHRD).

New analysis from an independent expert found that so-called official investigation reports into the cause of oil spills in the Niger Delta can be “very subjective, misleading and downright false.” At Amnesty International and CEHRD’s request, the independent US oil pipeline specialist Accufacts assessed a number of oil spill investigation reports, as well as responses from oil companies operating in the Niger Delta and Nigeria’s national oil spill agency.

The expert found cases where the stated cause of an oil spill appears to be wrongly attributed to sabotage. In many other cases sabotage was listed as the cause when there was little or no data recorded to back up the claim.

Overall, Accufacts concluded that many official investigation reports were “technically incomplete”, and others “appear to be serving another agenda, more driven by politics…than pipeline forensic science”.

Amnesty International adds that Nigeria’s under-resourced regulatory agencies have little oversight or control of the process and are dependent on the oil companies to carry out investigations.