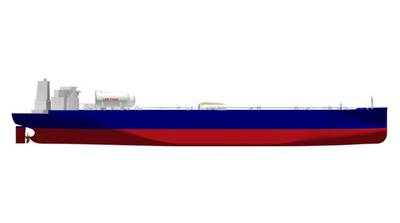 The newbuilds—including four for Advantage Tankers, three for AET and three for International Seaways—will operate globally on charter to oil major Shell. The series' first vessel is slated enter service in 2022, and be on charter to Shell for seven years.

At the time Shell's charter contracts for the newbuilds were announced earlier this month, the company said the tankers' design and engines will offer the "lowest possible methane slip and highest fuel efficiency, including on average 20% less fuel consumption compared to eco VLCC vessels on the water."

Bjarne Foldager, senior vice president and head of MAN's two-stroke business, said, "This is a significant order on several fronts owing to its size and the ME-GI’s début in yet another segment. The engine’s characteristics make it eminently suitable for LNG and non-LNG carriers alike due to its service experience, low methane slip, high efficiency and fuel flexibility—whether running on fuel-oil, or LNG where it accepts any gas quality available in the market."

Foldager continued, “These crude carriers will be powered by mature engine technology that continues to make inroads into new markets and segments. As we move towards a zero-carbon future, the ME-GI showcases MAN Energy Solutions’  dual-fuel engine portfolio that is future-proofed to handle whatever alternative fuels come to prominence in the decades ahead.”

MAN said the new order adds to a string of several announced globally for the engine in recent months. The company stated in January that its low-speed, dual-fuel references in their entirety then exceeded 360 units, with the ME-GI recording more than 1.5 million operating hours on LNG alone.

LNG is gaining traction as a marine fuel globally amid the shipping industry's push to reduce carbon emissions. Shell is among companies making significant investments in the cleaner-burning fuel, with plans to have 14 LNG-fueled vessels in service on long-term charter by the end of this year.