Maritime Resilience and the Human Element at MRS2020

Has the age of maritime discovery and exploration actually ended?  Perhaps not exactly.  As the history of maritime resilience and the human element shows, as far back as the 1500s and earlier, from using new navigational aids and improved ship designs, to coastal and inland route sailing, to navigating on open seas with uncertain charts, wayward icebergs, dense fog and luckily at times, clear starry nights, mariners have faced human element and maritime resiliency challenges.  "Short of food and water, the sailors ate sawdust mixed with ship’s biscuits and chewed the leather parts of their gear to keep themselves alive."¹   Not surprisingly, it has been human resilience which has almost always been the key between success and failure of maritime enterprises.

Unstoppable and now in its 11th year, the 2020 Maritime Risk Symposium (MRS 2020) will continue as the lead maritime risk symposium where presenters and attendees never fail to exclaim and appreciate how much critical and varied information and training is discovered, shared, learned, taken away and brought back to their organizations for further discovery and application.

Without question, the 2020 "Maritime Resilience and the Human Element Panel" inspires us to learn about and train for dealing with the superficial and many-fathom-deep significance of human resilience in the 21st century maritime environment.

From ABS's John Jorgensen's scientific brief concentrating on active risk management techniques, based on a best practice, and interface of the human segment and cybersecurity, to Shell's Mr. James Scalli acclaimed report on their unique, successful program linking human resilience and safe maritime operations modules and accompanying video, to MIT's Dr. Michael Benjamin's scientific research and work in global use regarding safe autonomous marine platforms in academia, industry and defense, this truly expert panel educates us that there is, indeed, an inexorable link between maritime resilience and the human element.

The must attend briefing from Chief Scientist-ABS Cybersecurity, Jorgensen will speak to that "(i)t is ultimately the human segment of any system that integrates security controls and processes with the technical architecture in order to bring reliability of operation in either a fault-vulnerable or hostile environment."  Jorgensen's insights about "cybersecurity as a determining factor for the reliability and resilience of systems" spotlights that "(s)ystems are not just installed, they are connected."   His "brief will present a method by which active risk management can be accomplished within a security program.  It will also address the interface between active risk management and architecture in order to illustrate the value of architectural planning as part of security and reliability.", he further informs us.   Mr. Jorgensen will concentrate on "Active risk management techniques, based on a best practice".

We are all born with the capacity to deal with and bounce back from problems and challenging situations – this is known as Resilience. This ability, just like one’s ability to play a particular sport or instrument, can be improved and strengthened with practice and by learning new techniques."

Examining links between safety and human resilience, Mr. Scalli will generously educate and share their program which is "made-up of five core modules", starting with “What is Resilience” followed by four other modules, and, "there is an accompanying video which explains what it is all about.”, Mr. Scalli reports.  "Each module has a key resilience technique which is linked to safety. The modules deliver this in a variety of ways such as exercises, discussions and even some role play. All participants will bring their experiences to the table and it’s important to get the group to work together to learn from each other." he advises. 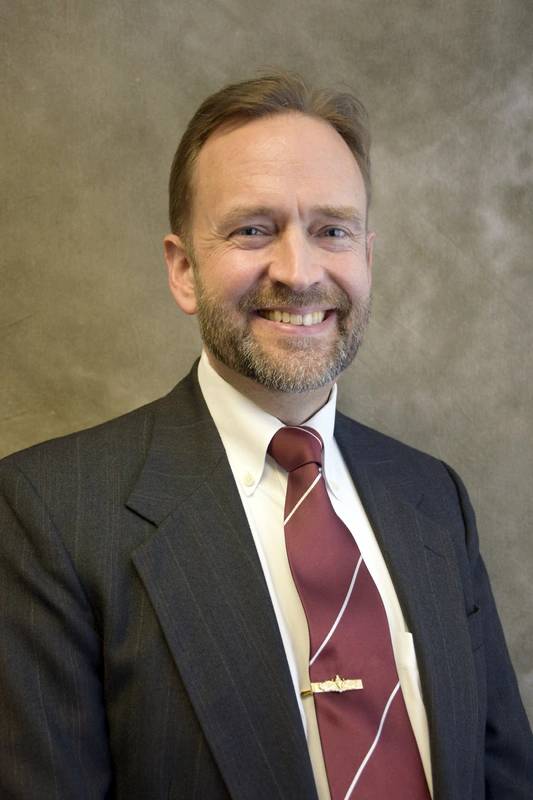 The must attend briefing from Chief Scientist-ABS Cybersecurity, Jorgensen will speak to that "(i)t is ultimately the human segment of any system that integrates security controls and processes with the technical architecture in order to bring reliability of operation in either a fault-vulnerable or hostile environment."

MIT's Dr. Michael Benjamin's fascinating scientific research and work products reflect mergers of human resiliency factors with autonomous technology, towards ensuring safe operations in the maritime environment.  He reports that "(o)ver the last 20 years, we have designed such an autonomy system from the ground up, based on our developed mathematical model for multi-objective optimization called Interval Programming (IvP)… The IvP mathematical model supports a behavior-based architecture extendible by users for their own missions and platforms, allowing for commercial or classified extensions layered on top of the publicly available code-base.  The first version of a COLREGS collision avoidance module was included in the 2017 release. MOOS-IvP has been used around the world on dozens of unmanned marine platforms in academia, industry and defense."  The title of Dr. Benjamin's presentation is "Resilient Autonomous COLREGS Collision Avoidance with Multi-Objective Optimization".
No doubt, major maritime incidents have fostered major maritime changes.   The 1912 Titanic tragedy helped usher in SOLAS and led to a host of industry maritime resilience/human element responses.  The 1989 Exxon Valdez disaster led to human element/double hull tanker focus, pollution control and host of industry requirements and responses. It is 19 years since the 9/11 attacks which led to security concerns never seen before in the modern world, with major impacts for the maritime community and maritime security. [Un]predictably in 2020, the COVID-19 pandemic has changed the way we learn, train, work and prepare for the future.  An August 2020 Navy Times article by Geoff Ziezulewicz reports that the ""Gangways Up” order issued by MSC March 21,"² was described by Marine Engineers’ Beneficial Association, the Seafarers International Union and the International Organization of Masters, Mates and Pilots leadership with specific restrictions for CIVMARS which "aimed at keeping the crews free of coronavirus infection — are pushing the crews to their breaking point".id.

NASA's August 2020 reminder that "a Carrington-class superstorm did erupt from the Sun on July 23, 2012 and narrowly missed Earth by just nine days, providing a stark warning from our solar parent that it is only a matter of time before another Carrington-class event impacts Earth."6

According to its commentary, this could cause trillions of dollars in damages, with potential global disruptions to the electrical grid and "(p)lanes flying over oceans would likely experience navigation errors…" id.  For the maritime community, we are now acutely aware of not only what is under keel, but what is overhead and on the horizon.  Satellites and solar activity are now prominent elements.

Inexorable linkages between human elements and maritime resilience survive so we succeed. MRS 2020 links the maritime community to the non-traditional maritime community as never before, because this year, the symposium and its famous real-time human networking is going virtual. 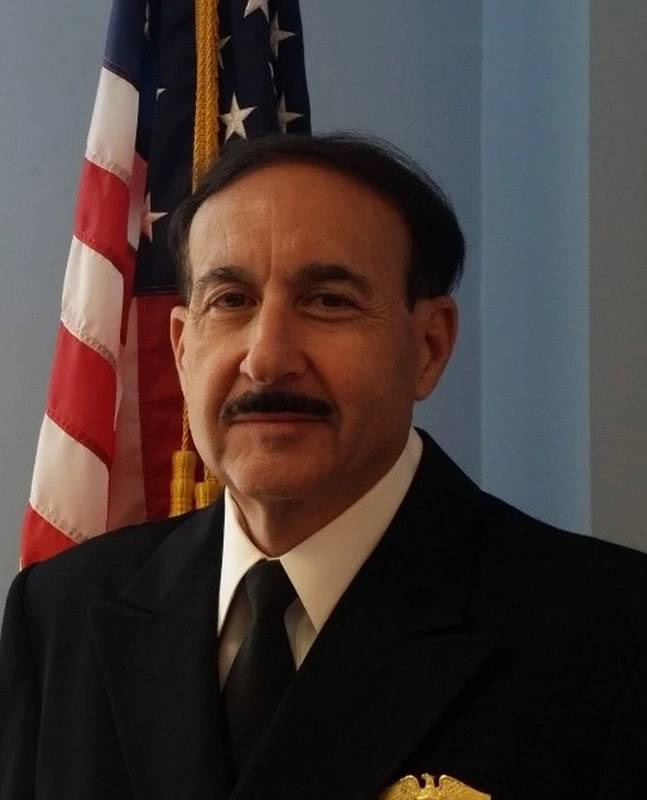 The Author: Captain David B. Moskoff, USMS, United States Merchant Marine Academy
CAPT Moskoff is a recognized expert in maritime cyber security. He is a Senior Expert Advisor to NATO’s Transport Group for Ocean Shipping, Senior Advisor to the DoD’s Purposeful Interference Response Team (PIRT) under US SPACE COMMAND, serves as a DoT/MARAD representative to other federal entities, has represented US DHS abroad and made numerous presentations throughout the United States and internationally by request. He is a Professor at the United States Merchant Marine Academy and has served there as Head of the Department of Marine Transportation, Assistant Academic Dean, Faculty Forum President and on a range of committees at the Academy.  CAPT Moskoff has acted as USMMA POC for the USCG, USCG National Maritime Center and DOD’s Defense Threat Reduction Agency (DTRA) providing midshipmen Independent Study in Maritime Security and Counter-Terrorism venues. CAPT Moskoff has chaired panels and steering groups for various external symposia, conferences and maritime-related exercises/drills.
CAPT Moskoff is also President of MARITECH, a marine consulting and maritime services firm. He has been certified American Bureau of Shipping (ABS) Surveyor, certified ABS/QE ISO/ISM third party external Lead Auditor as well as third party auditor for the American Waterways Operators’ Responsible Carrier Program. He is a certified Vessel Security Officer (VSO), Facility Security Officer (FSO) and Company Security Officer (CSO). He served as the first Mooring Master at Sea-3’s LPG ship terminal in New England. He has held a USCG Unlimited Master’s License for over three decades and has commanded both steam and diesel ships. He has a BS in Marine Transportation (SUNY Maritime) and MS in Information Technology (AIU).