Since 16 June 2016, HAROPA - Port of Le Havre, # 1 French port complex, displays itself in three dimensions through the development of its software package S-WiNG©. The occasion for the professionals and the general public to virtually plunge into the environment of the Normandy port, to go into the heart of its daily activities and draw a wealth of information from them. time from a computer, a tablet or a smartphone. Every vessel present in the harbour waters is represented according to its category (container ships… 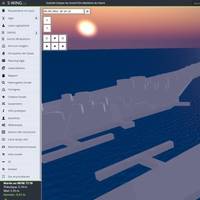 Port of Le Havre displays itself in three dimensions through the development of its software package S-WiNG. The occasion for the professionals and the general public to virtually plunge into the environment of the Normandy port, to go into the heart of its daily activities and draw a wealth of information from them. On the port of Le Havre, vessel movements are now freely accessible and can be visualized by everyone, in 3D and in real time from a computer, a tablet or a smartphone. 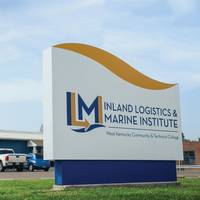 The emerging technology tool is embraced by award winning West Kentucky Community & Technical College’s Inland Logistics and Marine Institute and its students. Years ago, it was not uncommon for a deckhand on a towboat with no higher education to work his way up the ladder to become a Captain or Chief Engineer. Today as technologies are added and new U.S. Coast Guard regulations are put into place, individuals are finding that working on America’s Inland Waterways requires not only a love of the waterways, but also a commitment to continuous learning.

ExxonMobil is encouraging girls to consider science, technology, engineering and math (STEM) careers through the '12th-annual Introduce a Girl to Engineering Day program' to be held at 14 ExxonMobil and XTO Energy sites nationwide over the next several months. Building on the success of ExxonMobil’s recent ‘Be An Engineer’ efforts, more than 2,000 middle-school girls across the country will take part. Participants will have the opportunity to work with ExxonMobil employees who will serve as mentors, providing students with role models and helping to sharpen their STEM skills. 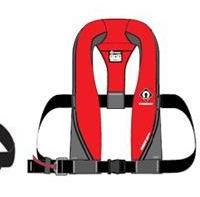 Crewsaver said it will introduce its range of ErgoFit and Crewfit inflatable life vests at the 2015 Progressive Miami International Boat Show, February 12-16.   The new Crewsaver range offers comfortable, safe, stylish and affordable solutions for all types of boating and fishing activity, the manufacturer said.   Encompassing Fusion 3D technology, a Crewsaver vest will mould to the shape of the wearer’s body and sit off his or her neck to allow total freedom of movement.   The lifejackets await approval by the U.S. Coast Guard, though Crewsaver said it expects approval this summer.

Intergraph, informs that international engineering and project management company AMEC has chosen to upgrade its investment in PDS® to Intergraph Smart 3D technology by transferring its existing PDS perpetual licenses to Smart 3D licenses. Intergraph explains that AMEC is a longtime user of its solutions and is committed to establishing global expertise in Smart 3D, Intergraph's next-generation, data-centric and rule-driven 3D design tool. AMEC will implement Smart 3D across its enterprise to capture new business and support existing projects. 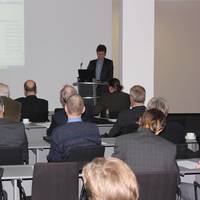 Ships and offshore units are specialist structures with high requirements for efficiency and availability throughout their entire life cycle. Many of the processes, from draft via production all the way to operation, can be supported by 3D models and computer graphics. How can the actual dimensions of a compartment be measured efficiently in case of retrofit e.g. for ballast water treatment or ILO MLC? How can the location of a structural crack be reported to onshore colleagues? How can the design of a vessel be communicated for review by owner or class?

Building on its abilities to quickly produce accurate and intelligent 3D plant models, CADWorx 2013 greatly improves the plant design and deliverables creation process for its users. For example, CADWorx Plant Professional 2013 features a powerful new pipe routing engine. The piping components operate as a single system, allowing a plant designer to move, resize and change the specification as a single line without the need to modify each component individually. Piping is intuitive – as a line is built, it understands how to fit each component to the next and automatically adjusts to match. This allows a designer to perform modifications on lines with minimal effort while ensuring that the entire line has been properly adjusted. 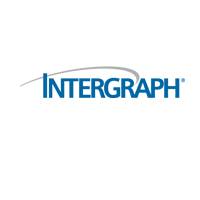 HUNTSVILLE, Ala., April 28, 2011 – GL Noble Denton, the global independent technical advisor to the oil and gas industry, will standardize on Intergraph SmartMarine Enterprise, including SmartMarine 3D, to replace its existing design solution for offshore and marine assets. This move will enable the company to increase the functionality and usability of its engineering designs, as well as to improve the data consistency between the schematics and the outfitting within its projects.

Aker Solutions Enters Into an Agreement With Intergraph 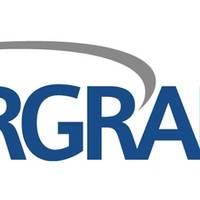 HUNTSVILLE, Ala., March 17, 2011 – Aker Solutions has entered into a contract with Intergraph using Intergraph’s Smart 3D technology. A multiyear contract, which includes SmartMarine® 3D, was signed in Oslo, Norway, yesterday with the first project deployment expected during the second half of 2011. “Intergraph’s Smart 3D Technology will help Aker Solutions to continuously work to improve productivity and quality through standardization and knowledge-based engineering. In order to be successful…

In 1932, after rusting in a public park for more than two decades, the U.S.S. Holland was cut up for scrap, a sad and ignoble end for the vessel hailed as the first modern submarine. Beyond sentiment, however, the Holland’s unseemly demise was a historical tragedy. With the ship destroyed and most of the plans used to build it scattered and lost, researchers long believed that the opportunity to study the innovative genius of the submarine and its inventor, John P. Holland, had disappeared forever. Seventy years later, however, thanks to the patient historical spadework of a devoted amateur historian and the magic of 3D digital design tools from IBM and Dassault Systemes, the Holland has come back to life in virtual reality.