Saudi Aramco said it has awarded the first major contract in the planned construction of a $5.2 billion shipyard complex designed to reduce Saudi Arabia's dependence on oil exports. The national oil company said on Tuesday it awarded the contract for dredging, reclamation and marine structures to a consortium comprising Saudi Archirodon Co and Huta Hegerfeld AG Saudia Co. Aramco, which is leading construction of the shipyard, did not reveal the value of the contract but said it would be completed by 2020. Among other things, it includes building 4,500 metres of concrete quay walls and wharves, as well as breakwaters, at Ras Al Khair on the east coast.     (Reporting by Andrew Torchia)

United Arab Shipping Company (UASC) and Red Sea Gateway Terminal (RSGT) celebrated the world’s greenest ultra-large container vessel 18,800TEU M.V. Al Nefud during its maiden call to RSGT at Jeddah Islamic Port. Nefud is one of the class of ships that will contribute greatly to lowering UASC’s overall CO2 emissions from its fleet. The celebration included the expansion signing agreement with Archirodon LTD, aiming to reach the goal of being the most advanced terminal handling containers and able to handle the next generation of mega vessels. "Under the patronage of his Excellency Dr. 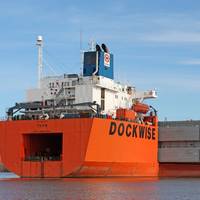 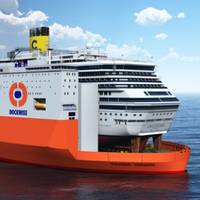 In their half year 2013 report the Boskalis Board of Management expects that, barring unforeseen circumstances, net profit for the 2013 financial year will be at least EUR 330 million, including the book gain of approximately EUR 50 million on the sale of the 40% stake in Archirodon that will be accounted for in the second half of the year. Royal Boskalis Westminster N.V. (Boskalis) realized a net profit of EUR 123 million in the first half of 2013 (H1 2012: EUR 102 million). Dockwise contributed EUR 15 million to this result.

Royal Boskalis Westminster N.V. has successfully placed USD 325 million US Private Placement notes with 24 institutional investors in the United States. The issue was heavily oversubscribed with a book close to USD 2 billion. The senior notes carry a 10 year maturity with an annual interest rate of 3.66%. The proceeds of the private placements, together with USD 190 million cash received from the recent disposal of Archirodon, will be used to fully repay the USD 525 million bridge facility, which purpose was to partly finance the acquisition of Dockwise. With these US private placements, in addition to the three and five year committed bank facilities and the existing 2010 US private placements, Boskalis will continue to have a solid financial structure.

Royal Boskalis Westminster N.V. (Boskalis) has sold its 40% stake in Archirodon Group N.V. Boskalis explain that the possible sale had already been announced in November 2012 after Boskalis was approached by the party in question from the Middle East. The equity interest was partly sold to this party and partly to the existing 60% co-shareholder. Boskalis received a cash sum of USD 190 million for its 40% stake, resulting in a book gain of several tens of millions of euros. The Archirodon activities and results will be deconsolidated with effect from the third quarter 2013.

Royal Boskalis Westminster N.V. (Boskalis) say that developments in first quarter 2013 to date are in line with expectations. Boskalis realized a higher revenue in the first quarter of 2013 compared to the same period last year. There was no material change in market circumstances during the quarter, with continued pressure on margins and challenging conditions. The acquisition of Dockwise was finalized at the end of March and the Dockwise results will be included in the consolidated figures from the second quarter. reported good margins with a revenue level that was in line with the first quarter of 2012. Utilization of the hopper fleet was good in the first quarter and was higher than the 2012 full year utilization rate.

Royal Boskalis Westminster nv has acquired a substantial order in Singapore for the construction of a large outfall in the Changi area. The order, which is part of the Deep Tunnel Sewerage System project in Singapore, has a contract value of approximately € 135 million. The project will be executed in cooperation with Archirodon from June 2002 on during a period of approximately 36 months. The project entails the laying of three pipelines for the disposal in sea of treated effluent from the new 'Changi Water Reclamation Plant'. The pipelines will be installed onshore and in a trench in the seabed. The work includes dredging of a trench offshore…

Boskalis extends container port at Panama Canal entrance Dredging company Royal Boskalis Westminster has won a contract for the extension of the container port of Balboa, Panama, at the Pacific mouth of the Panama Canal. The work is expected to be completed in 15 months. The contract is worth approximately $67.1m. The project will be executed for Panama Ports Company S.A., a member of the Hutchison Port Holding Group of Hong Kong. The work includes the construction of additional port area, a retaining rock dike and a link structure to the existing berths 16 and 17. Boskalis will deploy its American trailing suction hopper Stuyvesant, a large backhoe and a few transport barges for this job. The civil works will be executed by the Panamanian partner Intercoastal Marine Inc.