The flag of the second 45,500 dwt bulk carrier, ordered by Navibulgar was hoisted in the Chinese Shipyard Jiangsu New Yangzi Shipbuilding Co. Ltd.The godmother Mrs. Wang Xiaoying - Deputy General Director, Operational Department of Export Import Bank of China named the newly built vessel “Midjur” and wished her happy sailing.The naming ceremony in the Chinese Shipyard is part of the celebration events of the 70th anniversary of the establishment of diplomatic relations between China and Bulgaria.Officials included the Deputy Minister of Transport…

The provider of global mobile satellite communications Inmarsat has joined forces with two start-up programmes including Rainmaking’s Trade and Transport Impact (T&TI) and Bluetech Accelerator.The purpose is to create initiatives that directly support start-ups focused on IoT and big data innovation for improved safety, efficiency and sustainability in the maritime, ports and logistics supply chain.The programmes will fund, support and mentor start-up’s developing applications that aim to harness the power of IoT and big data to enhance safety, efficiency and sustainability. 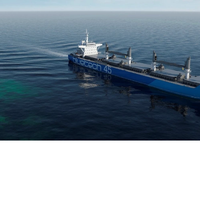 Navibulgar has contracted 4+2 Bluetech 45 handymax bulk carriers from Yangzijiang.   The Bluetech 45 design is based on the successful Bluetech 42 design. The ship will have a length of 190 m, maximum draught of 10.8 m, a dwt of 45 000 tons, a large hold volume for its class and an ice class 1C.   Bluetech bulk carrier designs have the largest hold volume and deadweight and lowest fuel consumption in their class, making them the most eco-friendly on the market. The designs are marketed worldwide by Clarksons Platou Shipbroking.

The Maritime Alliance promotes the 6th Annual event Novemeber 12-13, 2014 at the McMillin Companies Event Center in San Diego, CA  as a unique opportunity to understand trends, network with leaders from the public and private sector, see innovative technologies by the exhibitors, and identify possible partners. Recent studies are helping us understand the size and dynamic nature of the Blue Economy and particularly the BlueTech sector that is enabling us to explore, measure and develop ocean industries like never before. 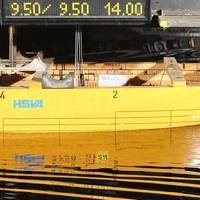 Foreship BlueTech Ltd. and Foreship Ltd. have jointly developed a new super-low resistance hull form for the BlueTech 42 bulk carrier. The hull has low resistance through the speed range – not only at design speed. This gives the benefit for owners and operators to choose the speed based on their needs, as every speed is ECO-Speed. Extensive use of in-house RANS-CFD together with innovative and unique design features were the cornerstones for the hull form development. Even the smallest details were optimized, but the entire wave formation was the dominating feature of the development.