My Friend The Sea 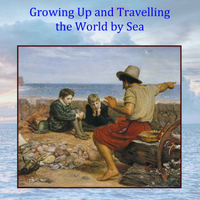 My Friend the Sea is a story about growing up at sea, set against the background of ships and the beauty of the oceans. It's a tale of ambition, adversity and dealing with prejudice. Packed full of adventures and stories of traveling the world on ships, visiting far off lands, and meeting all manner of people, including eccentric distant relatives in Australia, a drunken captain, another who was a tyrant, and natives in Fiji, plus shipboard romances, a mutiny, and a growing need for the author to change the way he lives.I am a doctor… 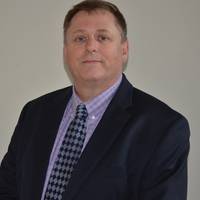 Fergus Campbell recently took the top spot at Imtech Marine USA. He discusses the path forward, particularly the desire to expand the ubiquitous Radio Holland brand. How did you come to a career in the maritime industry? There were a number of factors that led me to this career. Growing up in a small seaport town along the banks of the River Clyde, I remember from a young age being captivated by the variety of ships sailing by and wondering what it would be like to work on them.

The Brits Turn Again to the Sea 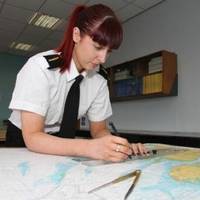 Glasgow based Clyde Marine Training, the largest provider of officer training in the UK, reported that they have received over 5,000 applications this year alone, an 11% increase on last year and a 27% increase on 10 years ago. Not only has the number increased the quality of applicant has too, with more applicants having achieved 3 or more passes in A-Level, or equivalent standard, this year than ever before. It’s not all good news though as Training Officer Lesley Ellis who… 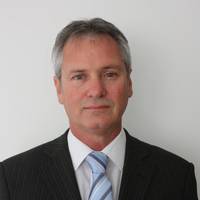 Bibby Ship Management Group Ltd. appointed Chris Stone as its new Chief Operating Officer. He joined the business on July 1, 2013. Chris will replace Simon Barham who was scheduled to move on from Bibby Ship Management at the end of June. However, Simon has kindly agreed to work a further month to have a managed handover with Chris and will therefore leave at the end of July 2013. Chris has over 30 years’ world-wide experience in the maritime and logistics sector having worked in in Africa, the Middle East, India and most recently in Asia Pacific and Australasia. 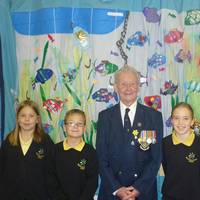 A Royal Navy Veteran visited a Surrey school to encourage youngsters to consider important professions in the Royal and Merchant Navy, ahead of World Maritime Day on Thursday 27th September. Roy Ticehurst is a resident at the Royal Alfred Seafarers’ Society; a Surrey based nursing home which provides dedicated accommodation and care to former seafarers and their dependants. The visit to Woodmansterne Primary School will raise awareness of the important role the Merchant and Royal Navy play in our society among the younger generation…

Glenn Higginbotham, of Smisby, will take to the seas in the Merchant Navy as a cadet deck (navigation) officer later this year with Maersk Crewing Ltd, part of the AP Moller-Maersk Group. Places on the Maersk cadetship scheme are highly sought after and the 17-year-old will train for his professional seafaring certification and educational qualifications, as well as spending sea time on board Maersk vessels. His cadetship will take three years to complete, during which time he will be fully sponsored, which means he will get his course fees paid along with a sponsorship allowance of £9,000 a year to cover living costs. The Ashby School student… 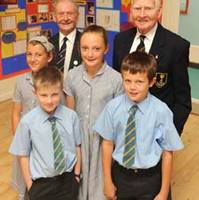 A group of former seafarers encouraged youngsters to consider important professions in the Royal and Merchant Navy, on World Maritime Day on Friday 30 September. Residents at the Royal Alfred Seafarers’ Society, a Surrey based home which provides dedicated accommodation and care to former seafarers and their dependants, said there is not enough awareness of the important role the Merchant and Royal Navy play in our society among the younger generation. Great Britain’s maritime sector is the largest in Europe… 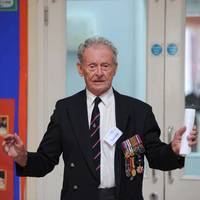 World Travel, Camaraderie and Exciting Voyages Characterise a Career in the Maritime Industry, but Employment Figures Show Disinterest. A group of former seafarers encouraged youngsters to consider important professions in the Royal and Merchant Navy, on World Maritime Day on Friday 30 September. Residents at the Royal Alfred Seafarers’ Society, a Surrey based home which provides dedicated accommodation and care to former seafarers and their dependants, said there is not enough awareness of the important role the Merchant and Royal Navy play in our society among the younger generation. 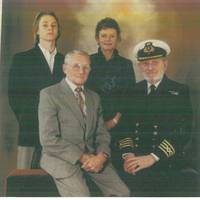 A group of veteran seafarers are encouraging youngsters to consider what has become an important but ‘forgotten profession’ as the country prepares to celebrate Merchant Navy Day on September 3. Residents at the Royal Alfred Seafarers’ Society, a Surrey based home which provides dedicated accommodation and care to former seafarers and their dependants, said there is not enough awareness of the important role the Merchant Navy plays in our society among the younger generation.

Applied Weather Technology, Inc. (AWT) anounced the hiring of a European sales manager, Bob Billett, and the opening of a new London office. AWT’s ship routing and voyage optimization technologies enhance safety by helping ship Captains and fleet managers to avert severe weather and sea conditions, and reduce fuel consumption and carbon emissions by identifying the most fuel-efficient routes to their destinations. “With increased interest from European shipping companies to save fuel and reduce carbon emissions, the demand for AWT products and services is growing rapidly,” said Skip Vaccarello, president and CEO of AWT. AWT’s London office will be led by the company’s new European sales manager, Bob Billett.

Globe Wireless announced that its Board of Directors has elected Frank Coles as its president and chief operating officer. Coles is a master mariner and holds a Master’s Degree in maritime law. As a qualified English solicitor, Coles practiced shipping law in London with Richards Butler and in Hong Kong with Stephenson Harwood & Lo. He moved on to become general manager of Pacific basin Bulk Shipping in Hong Kong, and spent two years as Chief Executive Officer on Rydex Industries Corporation, a company focusing on marine communications. Before joining globe Wireless, Coles was with Litton Marine Systems, serving as vice president, business development and information technology. Coles has been the managing director of globe Wireless for the last two years.

At a recent meeting of their board of Directors in Vancouver, British Columbia, the Maritime Information Services of North America (MISNA) elected a new slate of officers for 2001. Stepping down as president after three consecutive terms is Capt. Manny Aschemeyer, executive director for the Marine Exchange of Los Angeles-Long Beach Harbor. Aschemeyer is a founding director for MISNA and has been responsible for bringing the organization through a new period of growth and industry outreach. Aschemeyer, a graduate of the California Maritime Academy, has had a long career within the maritime industry and holds an active Master Mariners License (unlimited). Before joining the Marine Exchange, Aschemeyer was vice president of customer service and marketing with Stevedoring Services of America.

The Hatsu Ethic, the last in a series of five 6332TEU E-type container vessels for Hatsu Marine Ltd., London, was launched today by Mitsubishi Heavy Industries (MHI). delivery in January and will fly the U.K. flag. The vessel was named by Evergreen Group Chairman, Dr. Y. F. Chang. As part of the U.K. drive to attract ships back to the British flag, Pauline Prescott, wife of the Right Honorable John Prescott MP, U.K. Deputy Prime Minister and First Secretary of State, cut the ceremonial rope sending the ship down the slipway and into the water for the first time. Hatsu Marine was established in January, 2002. By the end of this year, it is planned that it will be offering shippers a global container service embracing North America, Asia, and Europe.