Eagle Bulk Shipping Inc. continues its fleet renewal strategy with today’s announcement that it has acquired a secondhand bulk carrier for a purchase price of $21.2 million.The ship, a SDARI-64 Ultramax bulk carrier, was constructed at Chengxi Shipyard Co. Ltd. in 2014.Eagle Bulk plans to rename the vessel M/V Hamburg Eagle and said it expects to take delivery in the fourth quarter of 2018.Upon delivery, the company’s fleet will consist of 47 vessels, including 13 Ultramax dry bulk vessels acquired over the last 20 months. 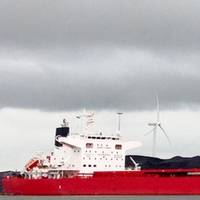 Scorpio Bulkers, announced that it has entered into two separate agreements with unaffiliated third parties to acquire three Ultramax dry bulk vessels and one Kamsarmax dry bulk vessel. The deal was for an aggregate of $90 million, of which $77.1 million is payable in cash and the remaining consideration is in the form of approximately 1.592 million common shares of the Company to be issued to one of the sellers. All of the Ultramax vessels were built at Chengxi Shipyard Co Ltd in China, of which two were delivered in 2014 and one was delivered in 2015. 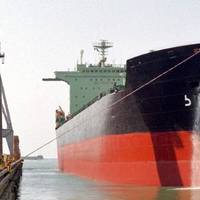 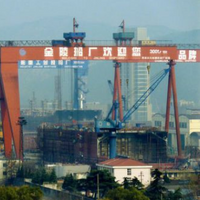 Scorpio Bulkers Inc. has reached agreements with three yards in China to construct a minimum of 11 and up to 14 dry bulk carrier newbuildings. Scorpio Bulkers is a newly established company listed on the Norwegian OTC with offices in Monaco and New York. They have reached agreements with ChengXi Shipyard CO. Ltd. Dalian, COSCO KHI Ship Engineering Co. Ltd., and Nantong COSCO KHI Ship Engineering Co. Ltd. for the construction of the vessels for approximately $27 million each. The vessels are from 61,000 to 64,000 DWT designed for the carriage of dry bulk commodities.

Mitsubishi Heavy Industries, Ltd. (MHI) and Chengxi Shipyard (Xinrong) Co., Ltd. in China have agreed to collaborate in the ship repair business through installation of ballast water treatment systems (BWTS). The two companies signed the agreement on April 26. Based on the new agreement, the two companies will closely collaborate throughout the BWTS retrofitting process: from BWTS marketing, system selection and design to actual installation work with customer needs. MHI is to provide the drawings necessary for undertaking retrofitting work of BWTS. It will also dispatch supervisors to the site in China when necessary and conduct training in Japan for engineers of the Chinese shipyard at its Yokohama Dockyard & Machinery Works…

The 63,800 dwt bulk carrier 'Amber Champion' has been completed and named at the Chengxi Shipyard Co. A spokesperson for the shipbuilder addressed guests at the ceremony, and the following is drawn from that speech. The Dolphin 64 bulk carrier is an energy-efficient, environmental-friendly, and economic Supermax vessel. Not only does it have an index of each function much higher than the required baseline standards, but it also shows unparalleled economy over vessels of similar types. Designed by SDARI, and built by Chengxi Shipyard Co., Ltd, after consistent efforts of 10 months since the steel cutting on April 30, 2012, the first “Dolphin 64” bulk carrier was finally born along Yangtze River.

Northrop Grumman contracted by Chengxi Shipyard to supply navigation bridge equipment for a series of new 39,500-dwt dry bulk cargo ships. The contract is for the supply of navigation bridge equipment for a series of 39,500-dwt dry bulk cargo ships being built in China for the China Navigation Company Pte. Ltd., Singapore, the deep-sea shipping company of the Swire Group. Under the contract with Chengxi Shipyard Co., Ltd., Northrop Grumman's Sperry Marine business unit will deliver four shipsets to the company's shipyard in Jiangyin, China, for installation. Each shipset will include a complete integrated bridge system (IBS) with navigation sensors, a VisionMaster™ Total Watch™ radar and electronic chart display and information system (ECDIS).

Deltamarin has signed an agreement with Chengxi Shipyard Co., LTD about the design of a SUL (Self Unloading) Panamax Bulk Carrier to be built for CSL International Inc. Deltamarin will take care of the basic and detail design of the vessel as well as the procurement support. The vessel is a derivative of Deltamarin’s revolutionary B.delta standard bulker designs with improved cubic capacity and markedly lower fuel consumption compared to competing designs. The ship concept for this new generation of SUL bulk carriers has been created by Deltamarin for CSL International previously. The good cooperation between the ship owner and Deltamarin resulted in many improvements to current designs of SUL bulk carriers.