The German expert for lithium-ion battery systems AKASOL announced that,  its fast-charging battery systems power a range of prototype vessels including the brand new 31.2m Vanadis hybrid superyacht from Italian builder Cerri Cantieri Navali (CCN).The electric-vehicle battery supplier for commercial vehicles said in a press release that Vanadis, the first in CCN’s new ‘E-Prop’ line of hybrid propulsion motor yachts, is powered by traditional diesel engines and an electric engine, which are supported by generators and AKASOL’s AKASystem 15 OEM battery system.The vessel is capable of cruising short distances and anchoring under electric power, minimizing vibration, diesel exhaust pollution and noise during port calls or sleeping, all while cutting fuel costs. 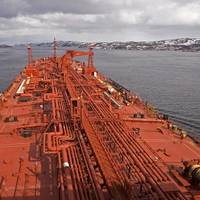 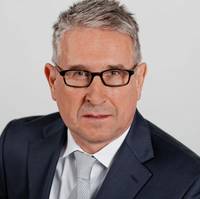 Dr. Andreas Strecker, 56, was appointed as a member of the Board of Management of DEUTZ AG, effective 1 March 2018, and will assume responsibility for Finance, Purchasing, Human Resources and Information Services from 1 April 2018. He succeeds former CFO Dr. Margarete Haase, 64, whose contract ends on April 30 2018. Dr. Strecker previously worked in managerial positions in the Bus and Controlling units of the Daimler Group, most notably for many years as the President and CEO of Daimler Buses North America.

Rolls-Royce announces today that Andreas Schell has been appointed as Chief Executive Officer (CEO) of Rolls-Royce Power Systems (RRPS). Andreas will join Rolls-Royce later this year, reporting to Chief Executive Warren East, and take up his new position from 1 January 2017, succeeding Dr Ulrich Dohle who is retiring. Andreas has a wealth of international leadership expertise, running large complex organisations involved in high-technology engineering across a number of sectors including aerospace and automotive in Germany, the UK and US.

The U.S. dollar rose to a three week high against the yen on Friday, on a report of likely further monetary policy easing from the Bank of Japan, while a rise in crude oil prices was offset by poor technology sector earnings, leaving Wall Street stocks steady. The dollar rose more than 2.0 percent against the yen to 111.80 yen, its highest level since April 1 after a media report said the BOJ is considering expanding its negative rate policy to bank loans and could cut rates further.

Airplane Crosses the Atlantic in a Box 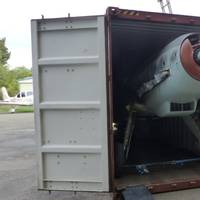 Chicago Express brings vintage Messerschmitt to the U.S. Container shipper Hapag-Lloyd has transported some unusual cargo from Rotterdam to Norfolk. Securely packed in a 40-foot cube container, the vintage fighter airplane, a Messerschmitt Bf 109, made the two-and-a-half-week journey across the North Atlantic. The Messerschmitt Bf 109 is one of the roughly 33,000 units built between 1936 and 1945, making it the most manufactured fighter aircraft in military history. The single-seater is 8.95 meters long… 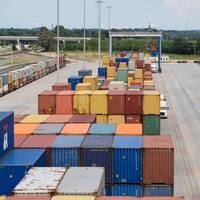 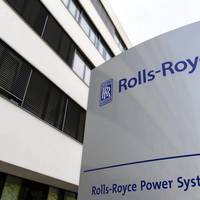 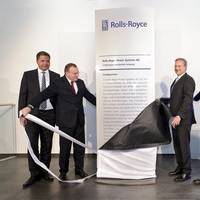 Effective immediately, the former Tognum AG will now operate under the name of Rolls-Royce Power Systems AG. Since March 2013, the specialist for large engines, propulsion systems and distributed energy systems has been a wholly-owned subsidiary of Rolls-Royce plc and Daimler AG, each of which has a 50% shareholding in the company via a joint venture. The group of companies with MTU Friedrichshafen GmbH as the core company has been consolidated in the Rolls-Royce Group’s results since the beginning of 2013. 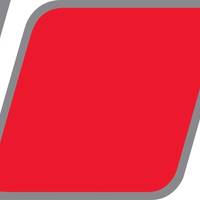 Return of the Electric Boat In the 1880s it was possible to cruise your way around London by an electric ferry on the River Thames. At its height, the river carried 13 launches, each measuring 28 ft. long. They glided along at five knots and had a range of about 60 miles. Each launch carried one ton of storage batteries hidden underneath the passenger seats. Charging stations were even placed along the river so these electric launches could continue up and down unhindered. An article in Scientific American… 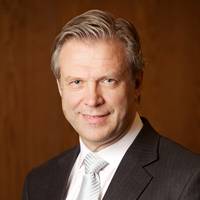 Rolls-Royce has appointed John Knudsen as President - Offshore, in its Marine business. Knudsen will transition into his new role through January 2014. Mr. Knudsen is currently President of Bergen Engines AS. He has had a key role in transforming Bergen Engines during the divestment from Rolls-Royce Marine and integrating it into the Tognum Group. Tognum AG is a joint venture of Rolls-Royce and Daimler. John Knudsen joined Rolls-Royce in 2007 and has previously held senior positions in the Norwegian telecom equipment supplier Nera ASA. 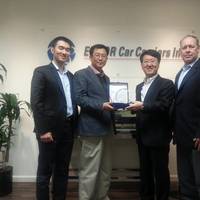 Inchcape Shipping Services (ISS), a maritime services provider, has received a global award for best agency from EUKOR, a shipping company specializing in car transportation and other rolling cargo. The award for ‘Best in Vessel Operation’ to ISS Philadelphia followed a full supplier evaluation and was awarded for its quality of port captain service, operations, logistics and outstanding contribution to EUKOR. ISS provides agency services for EUKOR across the U.S. Gulf, East Coast and Canada. For the U.S. 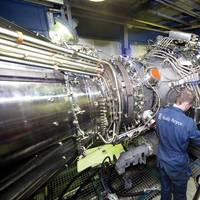 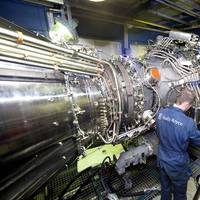 As announced in April, Dr Ulrich Dohle today takes up his new duties as Chairman of the Executive Board and CEO of Tognum AG. He succeeds Joachim Coers, who has left the company after nine years at his own request. In his new role, Dr Dohle will not only take on the typical duties of a CEO, such as corporate communication and strategy, but will also be responsible for R&D and quality management. In April, the Supervisory Board extended Dr Dohle's contract until December 31, 2015. He has been on the Executive Board of Tognum AG since 2009, previously holding the position of deputy CEO and CTO. One priority of the Executive Board's work will be to expand operations worldwide. At the same time, cooperation with Rolls-Royce and Daimler is to be intensified. 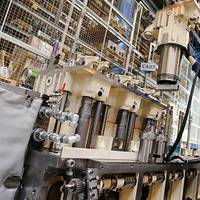 As of today, July 1, Norwegian engine manufacturer Bergen Engines AS becomes part of the Tognum Group. Following the acquisition of Tognum AG by the joint venture of Rolls-Royce plc. and Daimler AG, the former Rolls-Royce subsidiary Bergen Engines was merged into the Tognum Group. With that Tognum, the propulsion and power solution specialist, adds medium-speed diesel and gas engines with power outputs up to 10 MW to its engine portfolio. Tognum supplies high-speed diesel and gas engines carrying the MTU brand with power ranges of 75 to 10,000kW and 100-2,150kW respectively.

Rolls-Royce state that current trading is in line with expectations, and that their guidance for the full year is confirmed. Since the preliminary 2012 results in February, Rolls-Royce say they have won a US$1.6bn order from International Airlines Group (IAG) for Trent XWB engines, with long-term TotalCare® service support, to power 18 Airbus A350-1000 aircraft; they have also  signed multiple contracts to provide and service military transport engines for the US Air Force and US Marine Corps; in addition  construction has started on the state-of-the-art Core Manufacturing Facility in Derby that will produce reactor cores for the UK's current and future Submarines Programme. 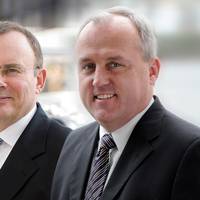 The Chairman of the Executive Board & CEO of Tognum AG, Joachim Coers, to hand over to Dr. Ulrich Dohle from July 1st, 2013. The Supervisory Board of Tognum AG regretted the decision taken by Coers, which they have accepted, and thanked him for his exceptional dedication and commitment in the past nine years. In its meeting on April 19th, the Supervisory Board elected Dr. Dohle unanimous as new Chairman of the Executive Board and CEO of Tognum AG and at the same time extended his contract to 31 December 2015. Joachim Coers joined what was then MTU Friedrichshafen in 2004. 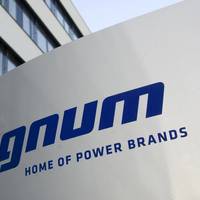 2012-2014: Investment of more than one billion euros in plant expansion and R&D; Publication of Annual Report 2012 announced. The specialist for propulsion and power solutions Tognum intends to invest more than one billion euros by the end of 2014. This amount exceeds the volume that Tognum specified in a cornerstone paper together with Daimler AG and Rolls-Royce plc two years ago. Approximately €600 million of the total investment will flow into each of research and development and long-term capital expenditure. 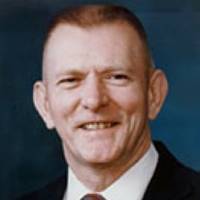 Mr. Kranz led the effort to save Apollo 13, and is a New York Times bestselling author. His book, Failure Is Not An Option (2000), chronicles his work in Mission Control, from Project Mercury through Apollo 13 and beyond. Over 75 speakers will be presenting at this year's event (in Orlando, FL on March 18) filling over 15 unique industrial sessions. The presenters come from leading companies all over the world, and include but are not limited to the following: NASA Kennedy Space Center, Sikorsky Aircraft, TLG Aerospace, Rowan Williams Davies & Irwin Inc. (RWDI), Dupont Teijin Films U.K.

Specialist for propulsion and power solutions, Tognum AG, has achieved its revenue and profit targets for the full year 2012. Revenues increased slightly last year by 1.4% as expected to €3.015 billion (2011: €2.97 billion). With an adjusted EBIT of €296 million, the adjusted EBIT margin was at 9.8% (2011: 11.6%). In August of last year, Tognum specified its forecast for the full year 2012. The company subsequently announced that it anticipated growth in revenues in the lower single-digit percentage range, with an adjusted EBIT margin of around ten per cent. “Following a successful start to 2012, a cooling global economic environment was noticeable around the middle of the year,” states Joachim Coers, CEO of Tognum AG. Rolls-Royce recognised as one of the best in Europe for 'Technology Management' by the Fraunhofer Institute for Production Technology. The 'Successful Practice Award' was presented recently at a ceremony held in Vaals, the Netherlands. Rolls-Royce, which has invested over £7.5 billion in the last ten years on Research and Development, was commended for its long-term strategic approach to technology development. Also highlighted were its network of University Technology Centres…