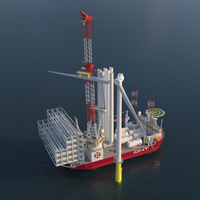 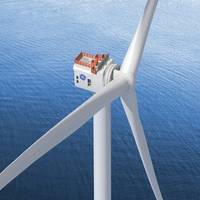 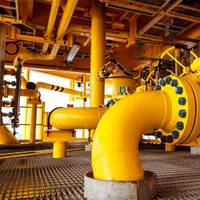 ARMS Reliability said it has reached an agreement with floating production solutions provider MODEC to assist with optimization and rapid strategy development of asset maintenance management philosophy for MODEC’s newest floating production, storage and offloading unit (FPSO) project for the Bacalhau field, offshore Brazil. The Bacalhau FPSO, the largest ever ordered for Brazil, will be capable of producing up to 220,000 barrels of crude oil per day."The four-phase project will begin with the development of an asset management philosophy based on asset strategy management… 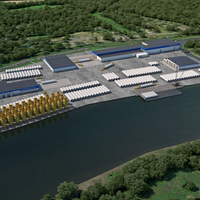 Norwegian energy company Equinor has proposed the Port of Albany, in upstate New York, as the first offshore wind tower manufacturing facility in the  U.S."Developed jointly with leading wind industry manufacturers Marmen and Welcon, Equinor stands ready to transform the port for manufacturing offshore wind towers and transition pieces (TPs), creating up to 350 direct jobs in the region," Equinor said.The Port of Albany extension initiative is part of the bid Equinor submitted… 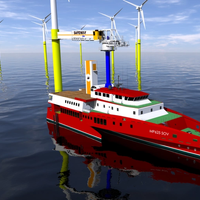 Spanish engineering company Marcelo Penna Engineering and the Dutch offshore gangway specialist Safeway have designed what they say is "an intelligent Service Operation Vessel" for the offshore wind industry."The outcome of the collaboration is the DP2 MP625 SOV combined with the recently introduced Safeway Gannet 3D motion-compensated offshore access system with its unique features such as ‘zero impact bumpering’ or ‘hover-mode’ and roll compensation capability" Safeway said in a statement.According to the two companies… 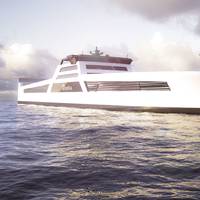 A project to produce a novel emissions-slashing hydrogen passenger ferry has been granted €8 million ($9.4 million) in European funding as the Norwegian government announces strengthened focus on development and commercialization of hydrogen as a carbon-neutral fuel.The HySHIP project involves 14 European partners collaborating on the design and construction of a new ro-ro demonstration vessel running on liquid green hydrogen (LH2), as well as the establishment of a viable LH2 supply chain and bunkering platform. 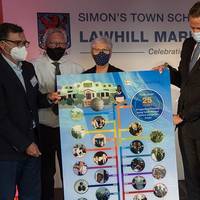 Lawhill provides secondary-school students in Grades 10 to 12 with a specialized education and knowledge that prepares them for entry into maritime and related industries. For more than two decades, the industry-funded program has greatly improved the post-school employment prospects of thousands of young South Africans, especially those from financially-disadvantaged backgrounds.A special event was held at Lawhill to commemorate the 25 year milestone and the retirement of long-standing maritime educators, Brian Ingpen and Captain Godfrey Schlemmer. 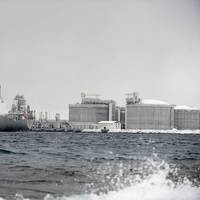 Some of the world's biggest commodities and energy players on Wednesday launched an initiative to cut and track emissions from the ships they charter as efforts intensify to reduce the maritime industry's carbon footprint.About 90% of world trade is transported by sea, and the UN shipping agency the International Maritime Organization (IMO) aims to reduce overall greenhouse gas emissions by 50% from 2008 levels by 2050.Carbon emissions from shipping rose in the six-year period to 2018 and accounted for 2.89% of the world’s CO2, the latest IMO-commissioned study showed, mounting pressure on the 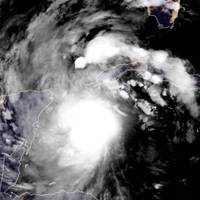 Energy companies were securing offshore production platforms and evacuating workers on Tuesday, some for the sixth time this year, as a major hurricane took aim at U.S. oil production in the Gulf of Mexico.Hurricane Delta, the 25th named storm of the 2020 Atlantic Hurricane season, was churning in the Caribbean with sustained winds of 140 miles per hour (225 kph), already a dangerous Category 4 storm that is expected to scrape across Mexico's Yucatan peninsula and re-enter the… 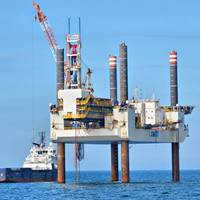 Dutch offshore self-elevating platform and services provider Jack-Up Barge BV believes innovative and cost-efficient solutions are needed now more than ever across the offshore oil and gas and renewables businesses.The current market faces challenges, from the COVID-19 pandemic and low oil prices to wind farms that have spiraled in size from 2-3 MW turbines to 12 MW turbines in just a few years. It’s a constantly changing landscape, and the risk is that if the industry keeps doing things the same way, it’ll get the same results, says Jack-Up Barge. 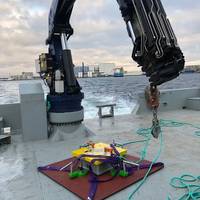 Norwegian company Miko Marine will deliver four cofferdams and water inlet covers for a Modec FPSO being built in China.The FPSO, under construction at the DSIC yard in Dalian, will operate at Equinor's Bacalhau field offshore Brazil.Miko Marine said that the new sea chest inlet covers are scheduled for delivery in March 2021.They feature Miko’s magnetic attachments and will be available to be fitted and used repeatedly without the need for welding or permanent hull attachments. 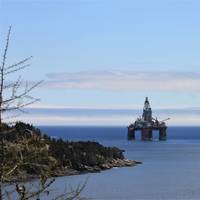 Canada will spend C$320 million ($238.56 million) to support its offshore oil industry in Newfoundland and Labrador, which has struggled as coronavirus pandemic travel restrictions reduced demand, the government said on Friday.The funds are intended to support jobs and to lower greenhouse gas emissions from crude production, and could be used for maintenance, upgrades and environmental services, Natural Resources Minister Seamus O'Regan said St. John's.The money falls short of requests from the industry… 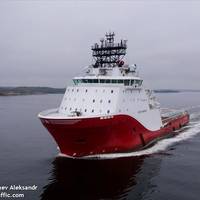 A fire broke out earlier this week on a fast rescue craft aboard the Siem Diamond offshore support vessel in the Atlantic Ocean, east of St. John's Canada.According to the C-NLOPB, the offshore oil and gas safety body for the Newfoundland and Labrador area, oil firm Equinor informed the regulator that the incident had struck on Wednesday morning, September 16, 2020.The Siem Diamond was, at the time of the incident, on standby for the Transocean Barents semi-submersible drilling rig."All personnel safely mustered, there were no injuries and all personnel were accounted for. 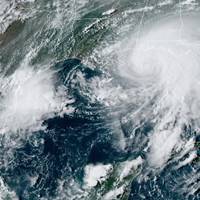 Energy companies, ports and refiners raced on Monday to shut down as Hurricane Sally grew stronger while lumbering toward the central U.S. Gulf Coast, the second significant hurricane to shutter oil and gas activity over the last month.The hurricane is disrupting oil imports and exports as the nation's sole offshore terminal, the Louisiana Offshore Oil Port (LOOP), stopped loading tanker ships on Sunday, while the port of New Orleans closed on Monday.The U.S. government said 21%… 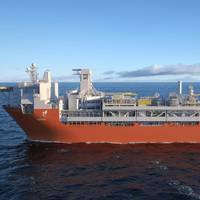 Delivery of the FPSO destined for Equinor's Johan Castberg field in the Barents Sea is expected to be delayed after the company found issues with the weld quality and fatigue calculations program.The FPSO hull was ordered by Equinor (then known as Statoil) back in 2017 from Singapore's Sembcorp Marine and it was at the time said that the construction of the hull was "the most time-critical delivery for the completion of the Johan Castberg project," first production from which… 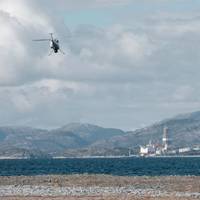 Norwegian oil company Equinor has successfully sent a drone carrying a 3D-printed cargo from shore to an offshore production platform in the North Sea in what the company says is a world's first.In a flight spanning around 80 kilometers from the Mongstad base onshore to the Troll field in the North Sea offshore Norway, the drone carried a 3D-printed part for the lifeboat system. The flight took one hour, at an altitude of approx. 5000 feet, or 1524 meters."The flight was a test… 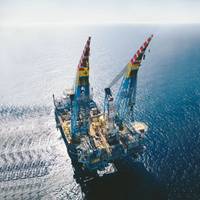 The global heavy lift vessel market is a difficult place to be. Utilization for the fleet has remained depressingly low since the first oil and gas downturn in 2014, currently hovering around 33% for the global fleet with a lift capacity of over 800 tonnes, according to IHS Markit’s ConstructionVesselBase. Fixed platform installation work, the traditional market driver for the heavy-lift fleet in oil and gas, has seen demand fall significantly. According to global figures from IHS Markit’s FieldsBase, 190 fixed platforms were installed in both 2013 and 2014, rising to 219 in 2015. 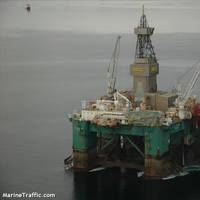 Oil and gas companies Equinor and ConocoPhillips on Friday received approvals for drilling of offshore wells in the North Sea, and the Norwegian Sea, respectively.Equinor has been given a regulatory approval from the oil and gas safety body PSA Norway to drill a sidetrack in an exploration well 35/11-24 in the North Sea, at the Swisher prospect.The well 35/11-24 B will be drilled in the water depth of 356 meters. Equinor will use Seadrill’s 2008-built West Hercules semi-submersible drilling rig. 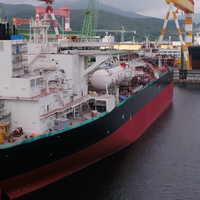 China Ramps up US Oil Purchases Ahead of Trade Deal Review 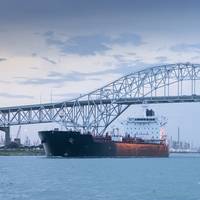 U.S. crude oil shipments to China will rise sharply in coming weeks, U.S. traders and shipbrokers and Chinese importers said, as the world’s top economies gear up to review a January deal after a prolonged trade war.Chinese state-owned oil firms have tentatively booked tankers to carry at least 20 million barrels of U.S. crude for August and September, the people said, moves that may ease U.S. concerns that China’s purchases are trending well short of purchase commitments under the Phase 1 of the trade deal.China had emerged as a top U.S. 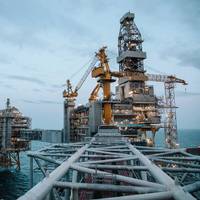 Anders Opedal, who on Monday was named Equinor's new chief executive, said he wanted the Norwegian oil company to be both best in offshore oil and gas and at the same time have higher climate targets and develop new low-carbon solutions."I want Equinor to be best in offshore oil and gas," Opedal told a news conference at the company's headquarters, adding that he also wanted the company to create a platform for growth for low-carbon solutions."I want to go further ... with climate targets," he added.(Reporting by Gwladys Fouche, editing by Terje Solsvik) 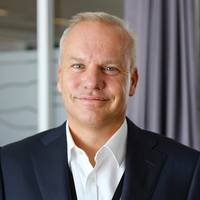 The Equinor Board of Directors appointed Anders Opedal as its new president and CEO starting November 2, 2020. Eldar Sætre will retire after six years as CEO and more than 40 years in the company.Opedal ascends to the top spot coming from the position as Executive Vice President Technology, Projects and Drilling. He joined Equinor as a petroleum engineer in 1997, spent many years in Drilling and Well and served as Chief Procurement Officer. In 2011, he was chosen to lead Equinor’s approximately NOK 300 billion project portfolio. 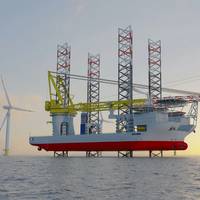 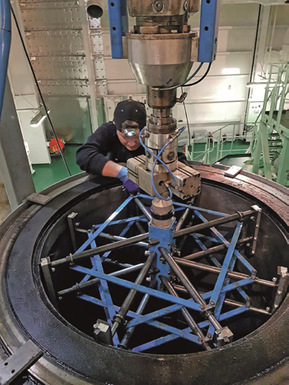