Offshore Gas Safety atop the Agenda for Martek Marine 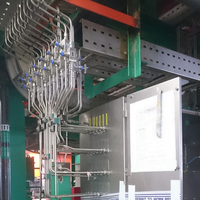 Maritime industry technology specialists Martek Marine say it is setting the bar high when it comes to offshore gas safety. The company has developed a first-of-its-kind gas sampling system for a new moored floating production unit, which forms part of the Jangkrik Complex gas fields development in Indonesia. The system has been developed to dramatically improve offshore crew safety through the use of advanced gas sampling technology. The worst offshore disaster in history, the Piper disaster on July 6…

To test and demonstrate Singapore’s readiness to tackle oil and chemical spills, a multi-agency joint chemical spill exercise was conducted on Friday. Organized by the Maritime and Port Authority of Singapore (MPA) the exercise took place at the conclusion of the 10th International Chemical and Oil Pollution Conference & Exhibition (ICOPCE), held in conjunction with the Singapore Maritime Week 2017. ChemSpill 2017 comprised a tabletop management exercise at MPA's Port Operations Control Centre Vista and a full scale chemical and oil spill response equipment deployment.

Ship operators must combine vigilance, structure and care with the new SOLAS X1-1/7 - MSC.1/Circ.1477 & MSC.1/Circ.1485 regulations to safeguard crews from the dangers of gas when entering enclosed spaces, warns Wilhelmsen Ships Service (WSS), stressing that just supplying vessels with one portable four-gas detection unit, as stipulated by the IMO, simply isn’t sufficient. The new regulation, coming into force on July 1, 2016, requires all ships engaged in international voyages to have at least one unit capable of detecting the presence of oxygen, flammable gases or vapors, carbon monoxide and hydrogen sulfide. This is an important step forward, acknowledges WSS, global provider of maritime products and services, but not the end of the road when it comes to safety. 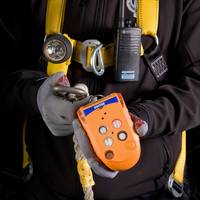 Wilhelmsen Ships Service (WSS) has signed a contract with COSCO Container Lines Co. Ltd (COSCON) to supply its Unitor multi-gas detectors to the company’s expanding container fleet. The deal, worth more than $200,000, covers 70 vessels, including 20 newbuilds scheduled to launch between now and 2018, plus a five-year service agreement to maintain the detection units. “WSS have consistently delivered the products and service solutions our business demands,” said Mao QingDao, Technical Director of the COSCON fleet. 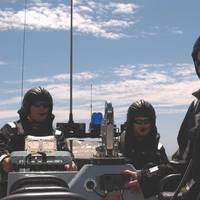 Choosing next generation communication systems for professional marine operations can be a daunting task. Not to worry: John Haynes provides a primer. Over the past decade we have come to expect fast, seamless global communications from a single device that fits in our pocket. The age of the smart phone and tablet enables multiple voices talking in a conference call and real time transfer of data, ranging from documents to photos and videos. In the modern bridge, most crew members have a GPS in their pocket which can identify where that person is on the planet. 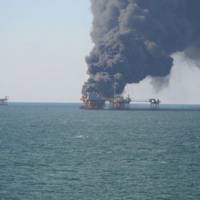 Black Elk Energy Offshore Operations LLC, Grand Isle Shipyards Inc., Wood Group PSN Inc., as well as Don Moss, 46, of Groves, Texas, Curtis Dantin, 50, of Cut-Off, La., and Christopher Srubar, 40, of Destrehan, La., have been charged with crimes for a November 2012 explosion on an oil production platform that resulted in the death of three workers, the injury of others and an oil spill, announced the Department of Justice’s Environment and Natural Resources Division and the U.S. Attorney’s Office for the Eastern District of Louisiana. 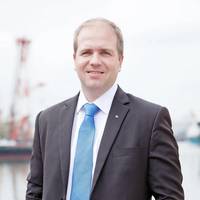 Singapore-based Thome have signed a Safety Service agreement with Wilhelmsen Ships Service (WSS). Harald Lundestad, General Manager for WSS in Singapore said: “Companies such as Thome have to balance the logistical demands of managing a large and diverse fleet trading worldwide with the challenge of keeping vessels compliant. WSS safety service technicians carry out services on a wide range of safety, firefighting and rescue equipment such as CO2 high-pressure systems, portable fire extinguishers… 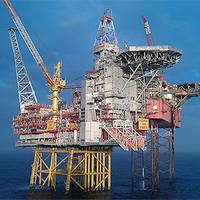 A condensate leak occurred on the Gudrun platform in the North Sea on February 18, 2015. The incident has been investigated by Statoil’s corporate investigation team which classifies it to be of the highest degree of seriousness. On the morning of February 18, noise and vibrations were reported on Gudrun, and shortly afterwards hydrocarbons were confirmed in the process module. There was a 2 mm wide crack extending approximately 90 percent across the circumference of a two-inch pipeline. Condensate had leaked from the pipeline and resulted in gas distribution. 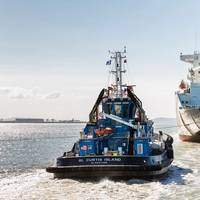 Towage and marine services provider Smit Lamnalco has taken delivery of the SL Wiggins Island, the fifth and final tug purpose-built at Sanmar Shipyard in Turkey. The tugboats will service three LNG export terminals in the Port of Gladstone on Australia's east coast. The 80 metric tons bollard pull terminal support escort tug, will now make her way to Australian waters where she will join her sister vessels at the beginning of July. The first of the five-ship Robert Allan RAstar 3400 series - with modifications… 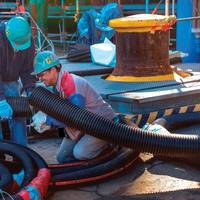 Protecting Workers, and Ensuring Safe Sailing for the Maritime Industry. The cable-laying vessel GS Global Sentinel was undergoing repair work. Shipyard workers and members of the ship’s crew found a mysteriously high hydrogen sulfide reading in a confined space on board that created a toxic environment. They could not understand why. What caused this potentially lethal scenario? After investigation and safe entry into the tank, crewmembers of the vessel and shipyard workers discovered…

Maritime Fuel of the Future: Training to an Uncertain Standard 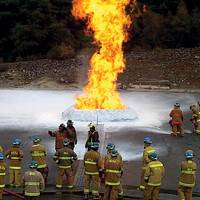 Despite its unquestionable allure, LNG as a fuel carries with it as many risks as it does answers to the problems it promises to solve. As industry and OEM’s work to remove any doubt, the collaborative effort outpaces the slow-moving regulatory machine. Even as Lloyds Register predicts that LNG will reach a maximum 11% share of marine propulsion solutions in 2030, it also says that segments with higher proportion of small ships will see the highest LNG uptake. And, at the same time…

The Bureau of Safety and Environmental Enforcement (BSEE), U.S. Coast Guard and Walter Oil & Gas Corporation (Walter), through the Unified Command, continue to oversee and coordinate response efforts to secure the South Timbalier 220 natural gas Well A-3. Safety of personnel and protection of the environment remain the top priorities. All available options to safely secure the natural gas well remain under consideration. Work is moving forward on all approaches. Gas detectors and high-capacity water jet fire monitors have been installed on board the Hercules 265 rig; this is for the safety of the rig and the well intervention operations which will be conducted from a nearby barge, Superior Derrick Services' Performance. 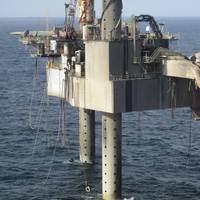 After completion of a site assessment, personnel are on board the Hercules 265 jack-up rig and in the process of installing gas detectors and high-capacity water jet fire monitors for contingency purposes. The Bureau of Safety and Environmental Enforcement (BSEE), U.S. Coast Guard, and Walter Oil & Gas Corporation (Walter), through the Unified Command, continue to oversee and coordinate response efforts to secure the South Timbalier 220 natural gas Well A-3. BSEE has approved Walter’s permit application to drill a relief well. 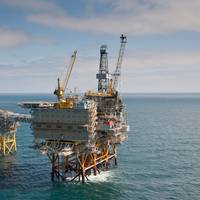 ABB as won an order from Statoil for the upgrade of safety and automation systems at the important Heimdal platform in the North Sea, off the coast of Norway. ABB’s scope comprises a new Human-Machine Interface (HMI) for the control system, control room modifications, simulator, fire and gas detectors, integration of telecommunication in the control room and information management systems (IMS). Heimdal field has reduced its own production and the platform is now primarily a hub in the central North Sea for the processing and distribution of gas.

Autronica Fire and Security AS debuted its new gas safety system for liquid and chemical tankers at Nor-Shipping 2013. The new AutroSafe Maritime Gas Panel Solution introduces a number of new features that support more flexible installation, improved maintenance and troubleshooting in addition to more reliable, accurate and user-friendly data from Autronica and third party sensors, the manufacturer said. Designed to meet all current regulations for gas detection systems, the AutroSafe Maritime Gas Panel Solution is a safety tool that alerts tanker crews to the accidental escape of hazardous gases from cargo storage tanks. It is based on the gas detection technology and principles developed by Omicron and Autronica Fire and Security since December 2008… 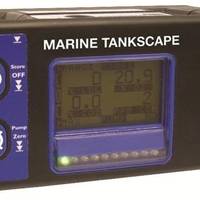 Martek Marine said that shipping companies are putting themselves at risk of facing corporate manslaughter charges if they do not carry an adequate number of maintained and certified gas detectors. European Marine Equipment Directive (MED) approval is a legal requirement for equipment aboard EU flagged vessels and a number of non-EU flag authorities who have also signed up to the protocol where oxygen or other flammable gas is potentially present. Martek Marine Sales Director Steve Coulson said, “The Marine Equipment Directive relates to all European flag vessels. 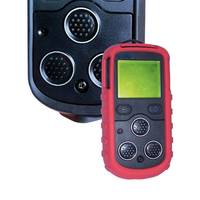 Maritime safety equipment innovator, Martek Marine, has released a MED-certified portable gas detector that can be easily and safely recalibrated onboard, providing tamperproof certification to meet the many regulations governing detector calibration. The Paris and Tokyo MOUs and oil major criteria require calibration records to be kept for all fixed and portable gas detectors onboard. Martek’s Marine 4 is supplied with a self-certification/calibration station which provides the user with fail-safe automatic bump testing and calibration. 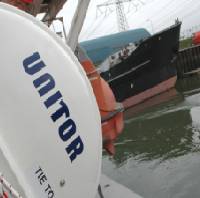 UK-based Martek Marine has signed a breakthrough contract with the Canadian Navy. The deal will see Martek supply 12 MM2000 marine gas detection systems, with Hydrogen Sulphide (H2S) capability, to the Canadian Navy’s fleet of Halifax-class multi-role patrol frigates based in Victoria, British Columbia, and Halifax, Nova Scotia. This is the first contract that Martek, one of the leading manufacturers of marine safety and environmental monitoring systems, has secured with the Canadian Navy and the H2S monitoring technology will be fitted on the Halifax-class ships while they are in port over the next 12 months. Steve Coulson, Business Development Director…

Martek Marine were awarded the Marine Equipment Directive (MED) ‘wheelmark’ approval for their range of fixed gas detection systems. The systems can be used on any type of vessel where there is a potential danger of a fugitive gas leak. The systems are most commonly used on LNG and LPG carriers as well as all types of tankship, from bunkerbarges to ULCC’s. The MM6000, is the only intrinsically safe infra-red gas detector in the world approved for use in gas dangerous spaces on LNG carriers. MM2000 combined with MM1200 & MM1000 gas detectors is the only addressable gas detection control system on the market to carry MED certification.

Hydrogen sulfide (H2S) has been called the "silent killer" because it has a way of sneaking up on its victims and killing them without warning. The key to protecting crewmen against the silent killer is to raise their awareness by educating them about the dangers of H2S and the precautions necessary to work with it safely. Hydrogen sulfide is a toxic gas most often encountered as a residual contaminant in cargoes such as crude oil, #6 oil, and molten sulfur. Hydrogen sulfide can also be encountered in holds containing decomposing plant and animal materials. Ballast tanks sometimes contain hydrogen sulfide because of the decomposition of plant and animal material contained in river water.