As the offshore energy market continues to search for signs of recovery, latest news from Diamond Offshore points to better times ahead. On Monday, October 30, 2017 Diamond Offshore reported better-than-expected quarterly profits, in part driven by additional deals won for its deep-water drilling rigs at better rate, sending its shares up 8.3% at the time of reporting.. While Diamond Offshore CEO Marc Edwards was not prepared to call the bottom of the market, the news certainly bodes well for a global industry collectively looking for any light at the end of a nearly four year oil downturn turnnel. "The number of tenders has increased, albeit from a very low platform and customer inquiries have picked up, although also starting from a low base. 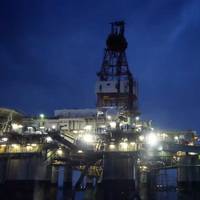 Rig contractor Diamond Offshore Drilling Inc's Chief Executive Officer Marc Edwards said on Monday oil prices needed to be "well over $60" to spur a recovery in offshore drilling. The company's shares reversed course and were down 2.3 percent at $16.67, with investors shrugging off a beat on quarterly profit and revenue. Global benchmark Brent crude prices have stabilized after a more than two-year slump, with prices hovering around $55 per barrel. "Offshore drilling is cyclical in nature…

For an independent tanker owner to undertake a newbuild fleet development program amounting to 3-million tons of crude oil carrier capacity in itself demonstrates a high degree of business verve. But to emphatically put one's own stamp on the design, construction and equipping of such tonnage is an added expression of will, given the production-driven tendency in the industry towards shipyard-orientated and class-minimum specifications. Piraeus-based Hellespont Shipping Corp.'s commitment to a new generation of ultra large crude carriers (ULCCs) is exceptional on its own account, given the paucity of new investment in the category over the past quarter-century.

Daewoo Heavy Industries has agreed to build two 442,500 dwt, ULCCs for Majestic Shipping Corp., a subsidiary of Loews Corp. Majestic also has options with Daewoo to build two additional vessels. Another Loews subsidiary, Hellspont Shipping Corp., recently contracted for Samsung Heavy Industries to build three 303,000 ton VLCCs and agreed to an option to build one additional ship. Delivery of the new vessels from both Korean shipyards is scheduled to begin in the fourth quarter of 2001.

Diamond Offshore Drilling Inc, one of the world's top five offshore rig contractors, reported a 17 percent drop in quarterly profit as demand fell for rigs used in deep water drilling. Contract drillers face a tough year as vessels ordered during boom times are delivered just as energy companies are tightening spending on offshore exploration. Diamond Offshore, whose competitors include Ensco Plc , Transocean Ltd and Helmerich & Payne Inc , has two rigs due for delivery in 2014 but has yet to land contracts for them. While the fall in rig demand and utilization is likely to affect the entire sector, analysts expect Diamond Offshore to fare worse than rivals, given the age of its fleet.

Diamond Offshore Shares on the Rise 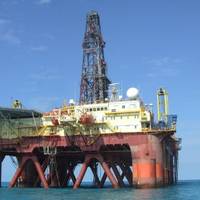 Diamond Offshore Drilling Inc, one of the world's top five offshore rig contractors, reported a better-than-expected quarterly profit as it cut drilling costs and hiked prices, sending its shares up as much as 10.5 percent. The company - owned 50.4 percent by hotel, energy and financial services conglomerate Loews Corp - also said it would pay a special cash dividend of 75 cents per share on top of its regular quarterly dividend of 13 cents. Diamond Offshore, which has one of the oldest fleet of rigs…

The world's first ocean-going luxury resort is scheduled to be afloat late in 2001 now that Bahamas-registered ResidenSea has secured financing and found a builder, company officials said. The vessel for the rich, dubbed The World of ResidenSea, was conceived four years ago by Norwegian cruise magnate Knut Kloster Jr. "After four years of an uphill struggle...we have finally made it," Henning Oeglaend, chairman of the board of ResidenSea, said at a ceremonial contract signing in Oslo with the ship's Norwegian-based builder, Fosen Mek. Verksteder AS. Flagging cruise line share prices, coupled with turmoil in the world financial market over the past few years prompted the firm to cut the size and cost of the ship to 40,000 tons at $350 million from an initial 86,000 tons at $545 million.