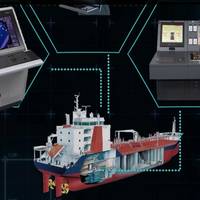 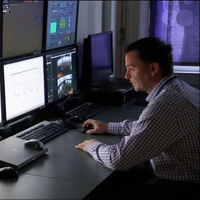 UIPA, the South Korean Information and Communication Technology Promotion Agency, awarded Kongsberg Digital the contract to supply a fully-featured bridge simulator for a new autonomous ship research facility in Ulsan, South Korea. The Korean government has committed to invest $110 million in the project over the next three years, with a goal of starting operations in 2023. The simulation contract is being delivered through maritime ICT convergence specialists eMARINE Global.The simulator will be used primarily for research and development of navigational equipment and display systems…

"A Maritime Disaster Waiting to Happen" 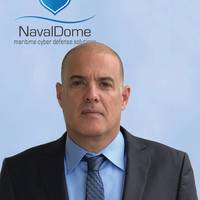 Since the founding in 2016, cyber defence company Naval Dome has won awards for its Endpoint cyber defense system and achieved the highest level of security certification from classification society DNV GL, helping to protect merchant ships, cruise ships and yachts from cyber-attack.In 2019, Naval Dome optimized Endpoint with a “Dashboard” App, providing maritime users with  a clear picture of the cyber status of all critical systems on board the ship, designed to allow users… 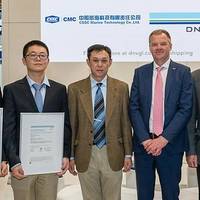 The Maritime Safety Committee (MSC) is meeting for its 101st session, with a busy agenda encompassing maritime autonomous surface ships, polar shipping, goal-based standards and other agenda items.A number of draft amendments will be adopted, including amendments to mandatory Codes covering the carriage of potentially hazardous cargoes: the MSC is set to adopt the draft consolidated edition of the International Maritime Solid Bulk Cargoes Code (IMSBC Code), and a comprehensive… 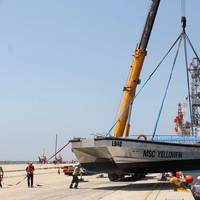 Transnet National Ports Authority’s (TNPA) Port of Ngqura has hosted the testing and launch of the first ever locally manufactured aluminium vessels by PE-based boat builder, Legacy Marine. As the company’s ship yard is based in Perseverance, the low bridges blocked the route to the Port of PE in the past, restricting the building of larger vessels. When the new Port of Ngqura stepped up as an alternative port, it contributed to the expansion of boat building in the Eastern Cape.“Now that the port is available for new vessel launches… 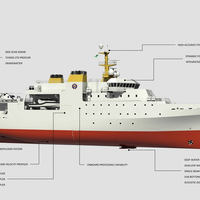 Subsea and offshore solution provider Unique Group announced that its Marine & Subsea division has entered into a high value contract with the Southern African Shipyards to provide a turnkey package for hydrographic survey vessels and hydrographic office set up.The project will include multiple new build vessels - main vessel and support vessels. Unique Group will act as a technology partner to the shipyard and provide the vessel’s dynamic positioning systems and Navigational equipment package.

Britannia Maritime Consultants has announced two senior appointments as part of its expansion into the marine casualty response market.Mike Hammond will head up a new claims and insurance department while Stephan Dimke will provide technical support for digital navigation issues.Mike brings a formidable track record and experience to Britannia, having worked in marine claims both for shipping companies, and more recently as the claims manager for an International Group P&I club with a focus on the Asia Pacific region.Mike’s skills are already in demand… 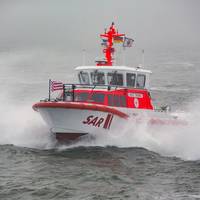 SAR, the universal designation for Search And Rescue, can appear as a designation on air, land or marine vehicles in many different countries. Always the vehicle and the people who provide the service are treated with respect. For those who are saved from life threatening situations, SAR takes on an even greater value.Among small recreational and fishing boats along Germany’s coastlines, the SAR people have a proud history. This is now being recognized with some excellent and practical new aluminum vessels. 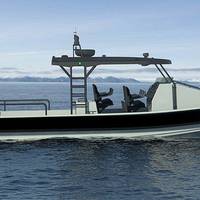 Norsafe has carried out extensive research and development in the last few years to develop a new range of robust and safe boats for the Military and Professional market. Using the experience gained from the closed cabin 1200 and S1200 in the Munin range, an open version is now ready for sea trials and will be launched at Seawork International on July 3-5 in Southampton, UK. The latest boat has already been tested by Norsafe’s engineers together with user groups representing the coast guard, maritime police, customs and special forces. The overall feedback has been very positive. 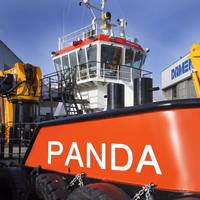 The Dutch family-owned tug and workboat company Herman Senior BV has ordered its 12th Damen vessel, a Multi Cat 2712. Given the very short delivery time, the new vessel will be officially launched and christened Panda on March 23. Herman Senior has a tradition of naming its ships after famous bears. Based in Dordrecht, Herman Senior serves the dredging market, offshore wind farms and the oil and gas industry, with services including towage, plough dredging, anchor handling, geotechnical services, diving support and salvage and anchor recovery, among others. 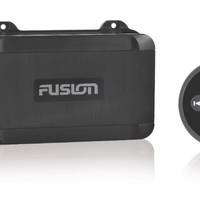 FUSION announced today an exclusive partnership with XO Boats to install the compact MS-BB100 black-box audio entertainment system and Full Range Marine speakers on all 2017 model-year XO Boats. The deal was announced at boot Düsseldorf 2017, held January 21st through 29th at the Dusseldorf fairgrounds. “All XO boats are crafted to face the blow of the wind, the ruthlessness of the freezing temperatures and the power of the whipping waves of our local waters,” said Calle Nyman, sales and marketing manager, XO Boats Oy.

The Navdec system designed to improve safety of passengers and freight and aimed to support navigators in collision situations was tested on board the ferry m/f Wawel and m/f Mazovia in 2016. This invention will also be installed now on m/f Baltivia sailing from Świnoujście to Ystad. Polferries decided to equip all ferries with Navdec system to improve safety of passengers and freight. Accordingly, an agreement to this effect was signed between Polferries and Sup4Nav on 8th of December 2016 in Kołobrzeg. 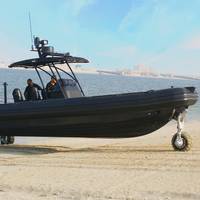 Following the success of the ASIS Amphibious RIBs 7.1 and 6.1m, and in response to popular demand; ASIS just developed, tested and delivered its biggest amphibious RIB ever manufactured yet; A 9.8 meter Black Rigid Inflatable Amphibious boat. This boat is intended for private use, and will reach its owner in The United States in September. The Sealegs amphibious system available on the ASIS 9.8m RIB consists of motorized, retractable and steerable wheels, powering the boat with off-water capabilities The entire system is marinised and stays completely out of the water while underway. 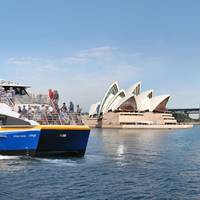 Four new fast ferries, owned and managed by Manly Ferries and operating in the busy waters of Sydney Harbour, will use Simrad technology for safe navigation. The owner has specified a range of Simrad bridge equipment for its latest vessels, including an NSO Evo2 quad-core marine processor, a 4G broadband radar with beam sharpening and target separation, an Autopilot AP28, and Simrad MO16T widescreen monitors with sunlight viewable screens and multi-touch capability. The four new vessels… 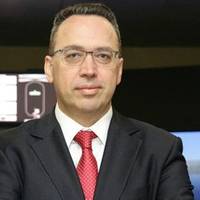 The Tsakos Group of Companies has selected DNV GL to assist in preparing a cybersecurity management system for its fleet and onshore facilities – the first such management system developed by a shipping company in cooperation with DNV GL’s Advisory Services. The Greek shipping organization will implement a comprehensive system of safeguards and procedures to protect their assets from cyber risks. DNV GL is the first classification society to put this kind of cybersecurity service into practice. 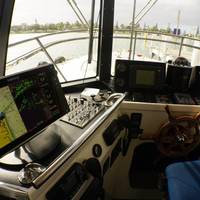 Pilots in the Port of Brisbane, one of Australia’s fastest growing container ports, are using the word “unmatched” when describing the performance of new navigational equipment from electronic navigation specialist Simrad, a brand within the Navico group. Installed during the recent refit of the pilot boat Amity, the equipment installations include an NSS12 evo2, 12-inch chart-plotter and multifunction display with GPS positioning, supported by a Simrad GS25 GPS antenna, as well as the recently-launched Simrad Halo 3ft Radar operating with the latest Pulse Compression technology.

The sinking of a cruise boat on China's Yangtze River is likely to mar the country's generally clean maritime safety record, which hasn't suffered an incident of this magnitude since a passenger steamship blew up almost 70 years ago. The Eastern Star, which was carrying 458 people, capsized in a storm late on Monday, state media said, with those on board ranging in age from three to more than 80. Six bodies have been found and over a dozen people rescued, but more than 430 are still unaccounted for. The incident comes after China has beefed up maritime safety regulations in recent years, with authorities becoming even more stringent after last year's South Korean ferry disaster that killed more than 300 people, industry insiders said. 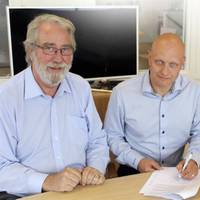 E-navigation specialist NAVTOR has joined forces with Nautic AB, a provider of navigational equipment, charts and publications to the Swedish market, to launch NAVTOR NAUTIC AB. This jointly owned operation, based in Gothenburg, Sweden, will now leverage the expertise of the two businesses to offer a navigational data package to the international shipping industry. This, NAVTOR Managing Director and CEO Tor A. Svanes says, created an obvious synergy and the potential for real customer benefits. 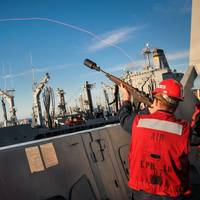 The tanker Singa Berlian has been hijacked, off Pulau Repong, Indonesia, by armed pirates, reported anti-piracy watchdog International Maritime Bureau (IMB). According to the report, the incident took place on March 9 at about 9 pm local time some 37 nautical miles south of Pulau Repong. Singa Berlian was boarded by seven masked men armed with guns and long knives. The armed men held the crew hostage and took control of the ship. The 1993-built, 1,940 dwt tanker’s communication…

Three more Immediate Support Vessels (ISV) will be commissioned into the Western Naval Command by early next year, taking the total strength to 17. The latest batch of four ISVs - small and fast weaponised speedboat-like vessels - was commissioned a fortnight ago in a ceremony where Maharashtra chief minister Devendra Fadnavis was also present. On the occasion, Fadnavis said that the ISV will enhance the capacity of the Indian Navy to provide better security. ISVs are armed with heavy machine guns and state-of-the-art radar-navigational equipment.