Pirates Attack OSV in the Gulf of Mexico 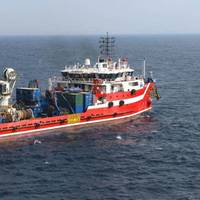 Pirates attacked an Italy-flagged offshore supply vessel in the southern Gulf of Mexico, injuring two crew members, the Mexican Navy said on Tuesday, in the latest outbreak of robbery and piracy to hit oil platforms and infrastructure in the area.One of the crew members of the vessel, Remas, received a bullet wound, and the other suffered a concussion, and both were transferred to a nearby hospital, the Navy said in a statement.Owned by Italian offshore contractor Micoperi, Remas… 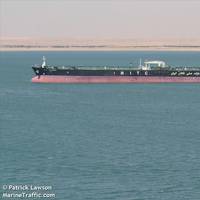 Iran on Monday urged regional powers to use diplomacy to reduce tensions including Yemen's war, but cautioned that an Iranian tanker damaged in the Red Sea last week had been hit by rockets and there would have to be consequences.Addressing a news conference, President Hassan Rouhani reiterated policy towards the Trump administration, ruling out bilateral talks unless Washington returns to a landmark nuclear deal and lifts crippling U.S. economic sanctions.Tensions in the Gulf have risen to new highs since May 2018… 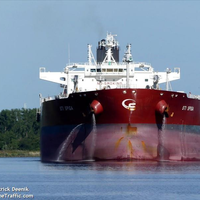 At least two refined product tankers that were due to load at Saudi Arabia's Jubail port in mid to late September have been diverted, data from analytics firm Vortexa showed.The moves come after attacks on Saudi Arabia's oil infrastructure on Saturday that cut the country's crude output by more than half and reduced its refinery runs by an unknown amount.Saudi Arabia is typically a net exporter of diesel but Aramco Trading Co, the trading arm of state oil producer Saudi Aramco… 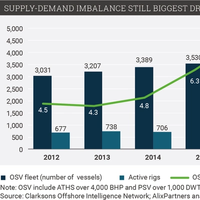 Global consulting firm AlixPartners, in a new paper entitled, “Too many ships, too few rigs: why recovery is still a distant dream for the OSV sector,” warns that companies counting on a quick return to stability in the OSV sector are in for a rude awakening.The September report goes on to say that OSV companies continue to face pressure due to a radically changed oil industry and must take quick and decisive action in order to survive in what should be considered the ‘new normal.’Separately…

Libyan naval forces captured two vessels suspected of smuggling oil from the North African country after gun battles lasting several hours west of the capital Tripoli, a spokesman for the service said on Friday. Libyan forces frequently capture vessels smuggling oil and arms off the coast and the North African state has become a haven for migrant smugglers who take advantage of the country's turmoil to ship people across to Europe. Ayoub Qassem, a spokesman for the Libyan naval forces, said Ukraine-flagged tanker Routa and a vessel with an unspecified African nation's flag named Stark were captured early Friday. "Clashes lasted for three hours, but the two tankers were successfully seized," Qassem said. The incident occurred in the Sidi Said area west of Tripoli.

Oil prices were little changed on Monday, with little news to influence a market waiting to see whether U.S. production from shale fields will grow enough to offset planned output cuts by OPEC, Russia and other producers next year. Brent futures for February delivery were down 24 cents, or 0.4 percent, at $54.97 a barrel by 11:43 a.m. EST (1643 GMT). U.S. West Texas Intermediate crude for January rose 6 cents, or 0.1 percent, to $51.96 per barrel on its last day as the front-month. "Implied U.S. output increases...will offset a significant portion of the planned OPEC production cuts especially since we don't anticipate sustained strong compliance," Jim Ritterbusch, president of Chicago-based energy advisory firm Ritterbusch & Associates, said in a note.

Nigeria: What are the Implications for Tanker Demand?

Nigeria’s crude oil production and exports have been hit by severe outages as a result of attacks on oil infrastructure by rebel fighters in the Niger River Delta. Various sources report that Qua Iboe Terminal has shut down operations until further notice. All tanks on the facility were emptied of crude, operations have ceased completely and all personnel have been evacuated from the terminal, which is operated by ExxonMobil. Qua Iboe is Nigeria’s largest crude oil stream and exports usually more than 300,000 barrels per day (b/d).

Islamic State militants attacked forces guarding one of Libya's main oil ports on Thursday with a gun assault and an attempted car bomb in an escalation of their campaign in the North African state, a local security official said. Islamic State has gained ground in Libya where two rival governments -- one internationally recognized and the other self-declared -- are battling for control, leaving a security vacuum four years after the uprising toppled Muammar Gaddafi. Militants attacked guards at a gate near Es Sider port, which is under the control of forces allied with the recognized government, the security official said. The terminal has been closed since December because of fighting with other rival armed factions and problems at supply oilfields.

US Navy is Buying the Wrong Ship, Costing Taxpayers Billions The United States will spend $585 billion on its armed forces in 2015 — the biggest military budget in the world by far. That’s just the Defense Department budget and doesn’t include the tens of billions of dollars that Washington spends on veterans, the purview of the Veterans Administration, or nuclear-weapons development, which falls under the Department of Energy. There’s tremendous pressure in Congress to spend less. Though the Pentagon argues vehemently that budget cuts will harm national security…

The licensees in the Johan Castberg and Snorre 2040 licences have decided to spend more time on the projects. “Castberg and Snorre 2040 are two major and important projects in our portfolio, and it is important that we find sound and robust development solutions for them,” says Ivar Aasheim, Statoil’s senior vice president for field development on the NCS. Statoil and its partners have put in an extensive effort to develop cost-effective solutions for the projects. “We see that our efforts have yielded results… A pirate attack that killed a supertanker crewman off the coast of Nigeria this week has highlighted a growing threat off oil-rich West Africa, as vessels carrying millions of barrels of crude traverse a region that has become known as "pirate alley". The 2 million barrel Kalamos Very Large Crude Carrier (VLCC) was heading to Nigeria's main oil terminal when it was attacked late on Monday, leaving the ship's Greek deputy captain dead and three crew members taken hostage. Security experts say the waters off Nigeria are now the deadliest on earth…

Libya's recognized government has released a tanker forced to dock at a port under its control after originally banning it from delivering fuel to its rival administration, a port official said on Tuesday. War planes forced the tanker Anwaar Afriqya to sail to Tobruk after it had originally approached the port of Misrata, the air force commander for the recognized Prime Minister Abdullah al-Thinni said on Monday. Libya's recognized government has worked from a headquarters in the east of the country since the summer when rival forces under the banner Libya Dawn took over the capital Tripoli and installed their own self-proclaimed government.

Libya's recognized government said it forced a tanker from delivering fuel to its rival administration, diverting the vessel to its own territory by threatening an air attack on it. The tanker Anwaar Afriqya was approaching the port of Misrata, but diverted to Tobruk, a port official at the latter said on Monday. "Our planes are forcing an oil tanker to sail to Tobruk after it had been on the way first to Misrata," Saqer al-Joroushi, air force commander for recognized Prime Minister Abdullah al-Thinni, told state news agency Lana. Libya's recognized government works from a headquarters in the east of the country since the summer when rival forces under the banner Libya Dawn took over the capital Tripoli and installed their own self-proclaimed government. 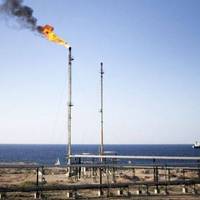 Clashes in Libya spread from Tripoli to the western town of Zawiya near Tunisia's border, where a large oil port is located, killing four people over the last two days, local town council officials said on Thursday. Foreign governments have mostly closed their embassies and evacuated staff after three weeks of clashes turned Libya's two main cities - Tripoli and Benghazi - into warzones in the worst fighting since the NATO-backed war against Muammar Gaddafi. Three years after Gaddafi's fall…

Asia to buy nearly 60 percent of Iraq's Basra Lt exports. Export facilities upgrade, new fields to boost volume in second half, but Buyers remain wary of quality issues, loading delays. Iraq's rush to pump more oil to Asia has coincided with complaints from some buyers about the quality of its crude, casting doubt on whether Baghdad can increase the volumes of its key Basra Light grade to the region by a third in 2014. The Gulf producer has managed to smooth out kinks in its supply chain that curbed Basra Light exports from southern oil terminals last year. The higher output has helped cap oil prices pushed up by recent geopolitical tensions and supply disruptions in Libya, Iraq's own north and elsewhere.

Pirate Horizons in the Gulf of Guinea 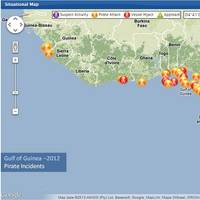 This article deals with the evolution of piracy in the Gulf of Guinea. It was proclaimed in 2012 that the Somali pirate business model had been broken by a combination of coordinated naval patrols, heightened vessel security, and the ubiquitous presence of armed guards aboard valuable ships. The International Maritime Bureau (IMB) attributed only 71 attacks to Somali pirates in the first 11 months of 2012, down from 237 the previous year. However, attacks are on the rise across the continent in the Gulf of Guinea, with 51 incidents recorded for the same period.

The International Energy Agency’s most recent monthly report estimates for 2005 that global demand will grow by 1.8 mb/d, or 2.2%. for 2004. The 2005 demand estimate assumes: normal weather, a moderate slowdown in global GDP growth, an easing of crude oil and product prices and a modest reduction in Chinese oil consumption growth. Even so, Chinese oil demand is expected to grow by 510 kb/d, or 8.1% in 2005. The Middle East is also expected to contribute strong consumption growth in 2005 of 260 kb/d or 4.7%. These high growth rates contrast with substantially lower oil demand growth in the OECD of slightly less than 1% in 2005, holding flat in OECD Asia but rebounding slightly in OECD Eastern Europe.

Thousands of friends and family members gathered at Naval Station Norfolk for the return of USS Theodore Roosevelt (CVN 71), March 11, following a six-month deployment to the Persian Gulf in support of the global war on terrorism. The early morning arrival of Theodore Roosevelt didn’t deter the crowd. Family members waited in the early Saturday morning chill, anticipating the return of their loved ones. “It’s like Christmas all over again,” said Diane Drach, mother of Machinist's Mate Fireman Ashley Drach, who is stationed aboard Theodore Roosevelt. While deployed, Theodore Roosevelt and Carrier Air Wing (CVW) 8 launched 5,412 sorties totaling nearly 19,362 flight hours in support of Operations Iraqi Freedom (OIF) and Maritime Security Operations (MSO).

Coast Guard cutters Boutwell, a 378-ft. high endurance cutter homeported in Alameda, Calif., and Walnut, a 225-ft. buoy tender homeported in Honolulu, began heading home today after completing their missions in support of Operations Enduring Freedom and Iraqi Freedom. Both cutters conducted a wide range of missions while serving in the Gulf, including maritime force protection, coastal and terminal security, and maritime interception and marine environmental response. "Without question, the skill and dedication of the crews of Walnut and Boutwell were instrumental to the overall success of our naval forces and underscored the importance of the Navy-Coast Guard team," said Vice Adm. Tim Keating, the commander of U.S. Naval Forces Central Command.