Subsea 7 S.A. announced today it has been awarded a “sizeable” offshore transportation and installation contract.The subsea engineering, construction and services company said offshore execution for the contract is planned for 2020 and that the deal is worth between $50 million and $150 million, but revealed no further details due to contractual obligations. 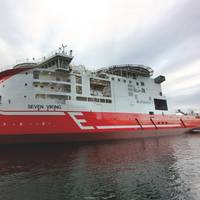 Subsea 7 S.A. said it has received a contract from Statoil to provide subsea inspection, maintenance and repair (IMR) services on the Norwegian Continental Shelf.Subsea 7 did not specify a dollar amount for the awarded work, but said the contract is worth between $150 million and $300 million.Offshore activities will begin in January 2019 using Subsea 7’s IMR and light construction vessel Seven Viking, built at Norwegian shipyard Ulstein Verft in 2013.The contract involves the provision of a life of field support vessel Seven Viking for five years, with options for extensions. 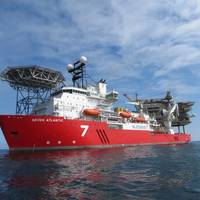 Subsea 7 S.A. announced that it had taken note of McDermott International shareholders' vote in favor of a combination with Chicago Bridge & Iron Co (CB&I).In light of this vote, Subsea 7 confirms that the proposal made to McDermott's Board of Directors on April 17 and published on April 23 is no longer valid.Last week, McDermott International reiterated what it described as the “unanimous determination” of the company’s board of directors to reject an unsolicited proposal from…

Subsea 7 S.A. announced it was awarded a contract by Mobil Producing Nigeria Unlimited (MPN) for the Production Uplift Pipeline Projects (PUPP) in shallow water, offshore Nigeria. The contract scope includes engineering, construction, transportation, installation and pre-commissioning of 20 kilometres of 24" Corrosion Resistant Alloy (CRA) pipeline between the Idoho Platform and the terminal onshore and of 2 kilometres of 24" CRA pipeline between the Edop and Idoho Platforms, as well as associated topside modifications and tie-ins at both ends.

Subsea 7 S.A. announced the award of a  contract by Wintershall for the Nova (formerly known as Skarfjell) oil and gas field development. Nova is located in the north-eastern part of the North Sea, 16 kmfrom the Gjøa field, in a water depth of approximately 360m. The Nova field development is a subsea tie-back to the existing Gjøa semi-submersible production facility. The contract award comprises the Engineering Procurement Construction Installation (EPCI) delivery of the pipeline and riser systems, and the transport and installation of subsea production systems and umbilical system.

Subsea 7 to Invest in Xodus Group 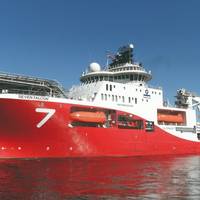 Leading global contractor in seabed-to-surface engineering, construction and services to the offshore energy industry Subsea 7 S.A. and Chiyoda Corporation announced that Subsea 7 has agreed to acquire a 60% holding in Xodus Group, a leading energy consultancy, from Chiyoda. Yokohama-based Chiyoda, which provides services in the fields of engineering, procurement and construction on a global basis for gas processing, will retain a 40% holding as a joint venture partner. This investment…

Subsea 7 S.A. said it was awarded a contract from Statoil for the Johan Castberg field development, located 240 km from Hammerfest in Norway. The contract comprises the design, coating, fabrication and installation of a 53 km rigid flowline including 34 km of pipe-in-pipe flowline. Project Management and engineering will commence immediately at Subsea 7’s offices in Stavanger, Norway. Fabrication will take place at Subsea 7’s spoolbase at Vigra, Norway and offshore operations will be carried out in 2020.

Subsea 7 S.A. has announced an agreement to acquire the remaining 50% shareholdings in its equity accounted joint ventures, Normand Oceanic AS and Normand Oceanic Chartering AS, from Solstad Farstad ASA for a nominal cash consideration. Effective from the date of the transaction, the Group will become the sole owner of Normand Oceanic, a flex-lay and heavy construction vessel that is being managed by Solstad Farstad while under long-term charter to a third party. The Group will assume all obligations related to an outstanding loan of approximately $100 million.

The Standard Club is driving developments in offshore P&I with the launch of the Standard Club Offshore Advisory Committee (SCOAC). SCOAC aims to analyse offshore trends, assist the club in further understanding and disseminating industry best-practice and develop new strategies to provide a focused direction for the benefit of the club’s offshore membership. The committee consists of leading offshore players including Allseas Group, Bumi Armada, Floatel International, Nortrans Offshore, Saipem, SBM Offshore and Subsea 7 – all members of The Standard Club.

Subsea 7 S.A. said it has acquires certain businesses of EMAS Chiyoda Subsea (ECS) under a U.S. bankruptcy code Chapter 11 Plan of Reorganization, confirmed by the U.S. Bankruptcy Court for the Southern District of Texas and became effective on June 29, 2017. According to Subsea 7, it will pay less than $100 million in aggregate, including its contribution to the Debtor in Possession credit facility, to acquire the ECS businesses, the Ingleside spoolbase and other assets. “In… 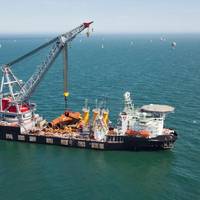 Specialist offshore contractor Seaway Heavy Lifting, a 50/50 joint venture between Subsea 7 S.A. and K&S Baltic Offshore (Cyprus) Limited, is now a wholly-owned subsidiary of Subsea 7. Subsea 7 said it acquired the remaining 50 percent shareholding in Seaway Heavy Lifting Holding Limited and its subsidiaries on March 10, 2017 for a cash consideration of $279 million on completion and an additional consideration of up to $40 million to be paid in 2021 on the condition that certain performance targets are met.

Subsea 7 S.A. said it has been awarded a “sizeable” contract by Cooper Energy Ltd for the Sole Development Project, offshore Australia. Subsea 7 defines a sizeable contract as being between $50 million and $150 million. The Sole gas field is located in the eastern part of the Gippsland Basin, approximately 40km offshore Victoria, Australia. The contract scope consists of the subsea tie-back of the Sole well to the Orbost Gas Plant, including the fabrication and installation of 64km of pipeline, spool and manifold, along with installation of a 64km umbilical and the commissioning of the system. Project management and engineering will commence immediately from Subsea 7’s office in Perth, Australia, with offshore operations scheduled to commence in 2018. 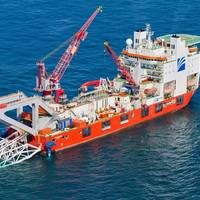 Subsea affiliate of Singapore's Ezra files for U.S. A subsea and offshore contractor affiliate of Ezra Holdings Ltd, a struggling Singaporean oilfield services firm, filed for U.S. bankruptcy as it ran short of cash due to a lingering downturn in the oil-and-gas industry. The affiliate, Emas Chiyoda Subsea Ltd, said in court papers filed in Houston that the company was suffering from weak demand for its subsea contracting work and tightening credit conditions. Ezra has said it may have to take a $170 million writedown on the value of its investment in Emas Chiyoda.

Subsea 7 S.A. announced that one of its wholly owned subsidiaries has made an offer to acquire the 50% shareholding in Seaway Heavy Lifting Holding Limited currently owned by K&S Baltic Offshore (Cyprus) Limited. The terms of the offer are binding on Subsea 7 until 1 July 2017. During this period the Works Council representing the employees of Seaway Heavy Lifting in the Netherlands will be consulted in compliance with Dutch law. Jean Cahuzac, CEO, said: "Subsea 7's strong market… 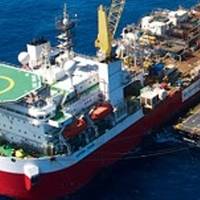 Subsea 7 S.A. today announced the award of a sizeable(1) contract by Centrica for the Oda field in the Norwegian North Sea. The Oda oil field (previously called Butch) was discovered in 2011 in the southern part of the Norwegian North Sea, approximately 14 kilometres east of the Ula field. The contract scope comprises Subsea 7's expertise and capabilities in engineering, procurement, construction, installation and commissioning (EPCIC) of subsea umbilicals, risers and flowlines (SURF) including the production pipeline, water injection line, umbilical and related subsea services.

Subsea 7 S.A. said it has reached an agreement with Petrobras to substitute a pipelay support vessel (PLSV) working off Brazil.   The agreement will see the Subsea-7-owned PLSV Seven Mar swapped in for the chartered PLSV Normand Seven in late June.   As a result, Normand Seven will be returned to its owner, Norway-based Solstad Offshore, at the end of its fixed-term charter agreement.   Subsea 7 said there are no other significant changes to its contractual terms and conditions with Petrobras.

Subsea 7 S.A. informed today the details of the major(1) contract award that was first announced on 20 May 2016 . The contract was awarded by Beatrice Offshore Windfarm Limited (BOWL)(2), for the engineering, procurement, construction and installation (EPCI) of the Beatrice wind farm turbine foundations and array cables, offshore Scotland, UK. Located in the Outer Moray Firth, the Beatrice wind turbines will generate 588 Megawatts of power once the wind farm becomes fully operational in 2019.

Subsea 7 S.A. announced it has been awarded an engineering, procurement, construction and installation (EPCI) contract for offshore execution in 2017 and 2018.   The company disclosed no further details due to contractual obligations, but said it would announce further details in the near future. 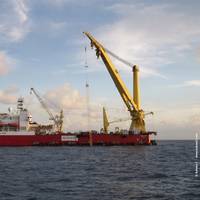 Subsea 7 S.A. announced its financial results for the first quarter ending March 31, 2016, reporting revenues of $746 million, down 37 percent from the prior year period. Adjusted EBITDA meanwhile was $284 million with an Adjusted EBITDA margin of 38 percent, higher than 2015 despite the lower revenues. Subsea 7’s Chief Executive Officer, Jean Cahuzac, said, “This performance benefitted from good project execution overall and successful risk mitigation measures on projects which were nearing completion. 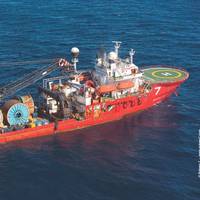 Offshore services provider Subsea 7 S.A. announced today it has been awarded a contract from Burullus Gas Company S.A.E. for the platform extension and tie-in on the first phase of the West Nile Delta development of the Taurus and Libra fields by BP, offshore Egypt. Subsea 7 did not specify a precise contract value, but called the award “sizable” in the range of $50 million to $150 million. Subsea 7 said engineering and project management work will commence immediately and will be undertaken at its Cairo office and Global Projects Center in London.

Subsea 7 S.A. announced it has been awarded a pipeline and construction contract worth approximately $300 million from Wintershall Norge AS for the Maria field development. The contract consists of engineering, procurement, construction and installation (EPCI) of 95 kilometers of rigid flowlines and associated structures to develop the Maria field located in the Norwegian Sea at a water depth of approximately 300 meters. Project management and engineering work will commence immediately at Subsea 7’s offices in Stavanger, Norway, while offshore operations are scheduled to commence in 2016 and are expected to be completed in 2017. Offshore activities will utilize a variety of Subsea 7 vessels, including the newbuild vessel, Seven Arctic, with its high-end capability and capacity.

Subsea 7 S.A. has been awarded a contract in the Ivory Coast by CNR International (Côte d’Ivoire) SARL (CNR International) in support of its Baobab Field Phase III development. The scope of work covers the installation of spools and umbilicals. The effective date of the contract is 25 September 2014, with the main offshore installation phase expected to be executed by the Subsea 7 vessel the Seven Pacific in the second quarter of 2015. Onshore project management and engineering will be carried out from the Company’s Paris office.

Subsea 7 S.A. (Oslo Børs: SUBC) today announced the award of a three-year US$160 million contract extension by BP Exploration & Production Inc. for light subsea construction, inspection, repair and maintenance services in the US Gulf of Mexico. The contract will run from the second quarter 2014 to the third quarter 2017. The scope covers the provision of two vessels, including a dedicated vessel on a full-time basis, associated project management and engineering support, ROV-based inspection and intervention, and light construction work.