South Korean shipbuilder Hyundai Heavy Industries (HHI) Group, which includes the world's largest shipyard, aims for a revenue of USD 15.9 billion in 2020.Yonhap News Agency said the combined target of Hyundai Heavy Industries Co., Hyundai Samho Heavy Industries Co. and Hyundai Mipo Dockyard Co. remains unchanged from last year’s goal.HHI said it aims to bag $8 billion worth of deals in 2020, according to the report.Hyundai Mipo Dockyard said in a regulatory filing that it aims to clinch deals worth $3.65 billion this year.In 2019… 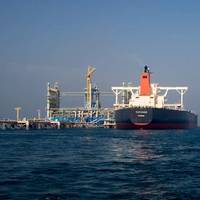 Korea Shipbuilding & Offshore Engineering (KOSE), a manufacturer of oil tankers, cargo and passenger vessels, and warships, and Saudi Arabian Oil Company (Saudi Aramco) plans to set up a joint venture to build engines.According to South Korea’s Yonhap News Agency the JV will break ground for the plant in the King Salman International Complex for Maritime Industries and Services in the kingdom’s eastern coast in September 2020, and the project is set to be completed in May 2022.The Korean company is working to build a shipyard at the complex through a separate JV with Saudi Aramco… 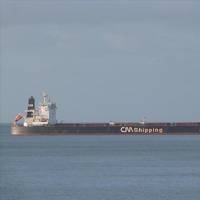 Pirates attacked a South Korean-flagged cargo ship in the South China Sea early on Monday, stealing thousands of dollars in cash and even the sailors' shoes, South Korean authorities said.Two people sustained minor injuries when seven pirates boarded the CK Bluebell and made off with $13,000 and belongings including mobile phones, clothes and shoes from the 22-strong crew, officials from the oceans and fisheries ministry said.Tougher policing has made piracy less frequent on the strategic shipping route in recent years.The dry bulk vessel CK Bluebell had set sail from its anchorage off Singapo

South Korean shipbuilding giant Hyundai Heavy Industries (HHI) said  it received an order to build two liquefied natural gas (LNG) carriers for an unidentified European shipping company.Yonhap news agency quoted the shipbuilder saying that the order is valued at 463 billion South Korean won ($390 million), bringing its total number of orders to five so far this year.The 180,000 cbm vessels, ordered by an undisclosed European owner, are scheduled for delivery by the end of June 2022.According to the report…

South Korea’s shipbuilding giant  Daewoo Shipbuilding & Marine Engineering (DSME) has secured an order for a liquefied natural gas (LNG) carrier from Greece-based shipowner.According to Yonhap News Agency the South Korean shipbuilder received an order to build an LNG carrier for Maran Gas Maritime, a unit of the Angelicoussis Shipping Group.The newbuilding - 174,000 cbm ship - is expected to be delivered to its owner by the first half of 2021. The value of the contract has not been disclosed.Daewoo Shipbuilding has obtained US$740 million worth of orders so far this year to build seven ships…

South Korea's shipbuilding giant Hyundai Heavy Industries (HHI) has set a 2019 shipbuilding total sales target of USD15.9 billion.According to the Yonhap News Agency, this is a 20.7 percent increase on last year's target of $13.2 billion. The group - including HHI, Hyundai Samho Heavy and Hyundai Mipo Dockyard - won $13.7 billion worth of deals in 2018.Yonhap said that HHI vowed to win deals worth $8 billion in the shipbuilding segment, followed by Hyundai Samho Heavy and Hyundai Mipo Dockyard with $4.3 billion and $3.5 billion…

South Korean shipping firm Korea Line Corporation (KLC) has placed an order for two new very large crude carriers(VLCC) at country's biggest yard, Hyundai Heavy Industries (HHI), and the company will explore further collaborations with the country's shipbuilders. According to Yonhap news agency, the new VLCCs are expected to have been delivered by the  2020. The total amount of the agreement will amount at 185.6 billion won (US$173 million). The carriers, which can hold 300,000 tons of crude oil each… 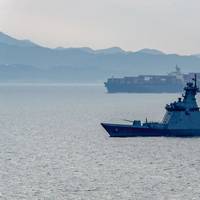 South Korean authorities have seized a Panama-flagged vessel suspected of transferring oil products to North Korea in violation of international sanctions, a customs official said on Sunday. The seizure was the second to be revealed by South Korea within a few days, as the United Nations steps up efforts to squeeze essential oil supplies to the reclusive North following its nuclear or ballistic missile tests. The ship, KOTI, was seized at Pyeongtaek-Dangjin port, the official told Reuters, without elaborating, due to the sensitivity of the issue.

South Korea's major shipyards are projected to report weaker-than-expected earnings for the third quarter of the year, due to increased costs and the construction of low-priced ships amid decreased new orders. Yonhap News Agency, quoting data compiled by Yonhap Infomax, said that Hyundai Heavy Industries (HHI) is expected to log an operating income of 106 billion won (US$93.6 million) during the July-September period, compared with the previous year's operating earnings of 322 billion won.

Hyundai Merchant in the Red in Q2

South Korea's Hyundai Merchant Marine (HMM) suffered an operating deficit of USD 112 million in the second quarter, the company said in a regulatory filing. The third quarter will bring much better results, says the carrier. Yonhap News Agency said that the company attributed operating loss in the second quarter due to the low season weakening container freight rates. Sales, however, jumped 22.1 percent on-year to 1.24 trillion won over the cited period when compared to a revenue of KRW 1,016.8  billion seen in the same quarter last year.

Samsung Heavy to Cut Its Workforce

South Korea’s shipbuilder Samsung Heavy Industries (SHI) is looking to further cut its workforce,  and have employees return part of their salaries in order to cut costs, according to Yonhap News Agency. SHI unveiled a self-restructuring program that centers on cutting the workforce and having executives return part of their salaries last year, in order to tide over a protracted slump in the shipbuilding sector. The report said that Samsung Heavy was forced to reduce its workforce by 1,500 in 2016 through an early retirement scheme.

South Korea's major shipyards are estimated to have racked up solid profit during the second quarter of the year, aided by the increased delivery of ships, cost-cutting measures and a rise in new orders, Yonhap reported citing industry sources. Another report said that Korean yards have clinched the most new shipbuilding orders in the first half of the year, with their combined tally more than doubling from a year earlier. The trend appears bullish for ship building in the country.

A large South Korean cargo ship with 24 crew on board is believed to have sunk in the Atlantic Ocean after making an SOS call, News agencies reported quoting the Uruguayan navy. The Stellar Daisy was missing after making its last contact in the South Atlantic about 2,500 kilometres (1,500 miles) from shore, South Korea's foreign ministry and news reports said on Sunday. On Friday, a crew member sent a text saying the 312m-long (1024ft) Stellar Daisy freighter was taking on water. The Uruguayan navy alerted merchant ships in the area, which began a search. Two Filipino crew members were rescued floating in a life raft on Saturday, but other lifeboats and rafts found in the area were empty, South Korea's Yonhap news agency reported.

South Korea’s Samra Midas Group (SM Group) said that it is looking to acquire some overseas shippers, among other businesses in an effort to expand its foothold in the maritime sector, Yonhap News Agency cited one of the company’s officials. SM Group, which was picked as the preferred bidder for STX Corp., a general trading company, last week, also purchased the now-defunct Hanjin Shipping Co.'s U.S.-Asia route and other assets for 37 billion won (US$32 million) late last year. SM Group plans to pour 130 billion won ($115 million) into STX.

Hanjin Shipping to be Delisted Today

Hanjin Shipping, once the country's top shipping line,  will be delisted from the domestic bourse today (March 7), ending its eight-year trading history, Yonhap News Agency said citing industry sources. According to the Korea Exchange (KRX) the company will be delisted from the main KOSPI market after seven sessions of sell-off trading. It was listed on the bourse Dec. 29, 2009, at 21,300 won ($18.41). It reached a record high of KRW 38,694 per share in January 2011. Hanjin Shipping was put under court receivership in September last year…

The labor unions of Hyundai Heavy Industries (HHI) downed tools in their first full strike since 1994, in protest to a sweeping restructuring plan that includes spinoff all non-shipbuilding operations as well as shutdown of a dock in Gunsan in southern coastal region. According to Yonhap News Agency reports the other reason for the industrial strike was failed wage negotiations. Although 15,000 union members were invited to take part in the eight-hour strike, only ten percent of workers participated in it. The labor unions’ employees started a strike for eight hours from 8 a.m. 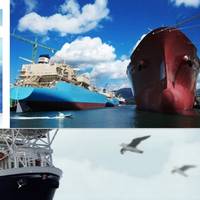 South Korean major shipbuilder  Samsung Heavy Industries Co  is aiming to clinch orders worth more than US$6 billion this year, South Korea's Yonhap news agency reported the company's head as saying. Park Dae-young, president and CEO of the shipbuilder, also said that this year will be a crucial point for his company's survival at a time when local shipbuilders are suffering from an industry-wide slump and economic slowdown. Park said that his company raised this year's target for new orders, compared with US$5.3 billion set for last year.

Ko Jae-ho, the former head of the ailing South Korean shipbuilder Daewoo Shipbuilding and Marine Engineering (DSME), has been sentenced to 10 years in prison by a lower court in Seoul over accounting fraud, Yonhap News Agency reports. The Seoul Central District Court found Ko Jae-Ho guilty of manipulating the company's books in 2013 and 2014, when he was the CEO, and using them to raise bank loans. Ko Jae-Ho's punishment epitomises the decline of Daewoo, which was once one of the country's biggest conglomerates, or chaebol.

China on Wednesday said it was "very dissatisfied" with South Korea after the latter's coast guard fired warning shots at Chinese fishermen in South Korean waters. South Korea's coast guard vessels regularly chase Chinese boats for fishing illegally off the country's coast, at times sparking violent confrontations. On Tuesday, the South Korean Coast Guard said it stopped two Chinese vessels that were fishing illegally, prompting about 30 other Chinese boats in the same group to swarm around and collide with the coast guard vessel. "The safety of our own Coast Guard members was at risk," said Lee Dae-haeng, a spokesman at the Coast Guard's central regional headquarters. No Chinese fishermen were harmed, however, said South Korea's Yonhap news agency. 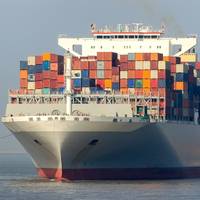 South Korean shipbuilder Hyundai Heavy Industries Co Ltd received a $650 million order to build 10 ships for Iran's state-owned shipping company, South Korea's Yonhap News Agency reported on Saturday, citing a Hyundai Heavy spokesman. The company will build container ships and tankers for Islamic Republic of Iran Shipping Lines, with delivery starting in 2018, Yonhap cited the spokesman as saying. The number of each type of ship was not disclosed. The deal was signed on Friday and was the first shipbuilding order by the Iranian firm since the lifting of international sanctions, Yonhap said.

South Korean shipbuilder Daewoo Shipbuilding and Marine Engineering Co., Ltd. (DSME) and the Industrial Development and Renovation Organization of Iran (IDRO) have signed an outline agreement to cooperate on developing the shipbuilding Industry in Iran. Under the deal with the Industrial Development and Renovation Organisation of Iran, Daewoo Shipbuilding will work on constructing a shipyard and related facilities in Iran, according to Yonhap News Agency. The parties plan to establish…