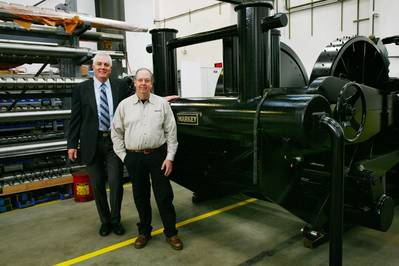 Blaine Dempke (L) and LeCoque started working with Markey as teenagers and rose through the engineering department and machine shop ranks. They took over management of the company in 1996 and bought out the Markey family in 1999.Photo courtesy Markey Machinery

Markey Machinery is a storied marine company, starting operations in 1907, when a Charles Markey, fresh from a two-year trading expedition on the Alaska and Siberian coast, launched the C.H. Markey Machinery Company serving both the marine and logging industries.

Today Markey Machinery serves as a global leader in the marine deck equipment and winch industry, a position that it seeks to grow with the announcement that it closed outside investment with Christian Schiller and Brian Bogen to take the company to the next level.

To its broad maritime client base, Markey will look much the same, continuing to operate from its current Seattle production facility and office, with all employees remaining on board. Blaine Dempke, CEO, will continue leading the business as CEO and will participate on the Markey board as a “significant” shareholder. Jeff Dempke, who has been with Markey since 2006,will assume the new role of General Manager and become a shareholder. Robert LeCoque will remain actively involved, providing assistance to Markey’s customers, and working with the Engineering & Sales group.

“Brian and I made an investment in Markey in partnership with current management to facilitate growing the business to the next level,” Schiller said. “We are impressed with the level of talent and expertise Blaine, Bob and Jeff have assembled at Markey, and believe this is an excellent platform for further growth leveraging Brian’s expertise in the marine industry.”

According to Blaine Dempke, initial plans to deploy the new investment include “looking immediately to expand our sales and engineering staff to meet demand. Expansion of our R&D budget will be ongoing in our efforts to support our customers and their missions.”

Blaine Dempke and LeCoque started working with Markey as teenagers and rose through the engineering department and machine shop ranks. They took over management of the company in 1996 and bought out the Markey family in 1999.

“Christian and Brian are investing in an ongoing commercial enterprise that doesn’t require change,” Dempke said. “We are a well-run company with a great reputation and established customer base. We chose to work with Brian and Christian because of their expertise and resources available in addition to a solid familiarity with a marine business which is cyclical and unique.”

Dempke reports that “business has been good over the last year and looks positive moving forward.” While there are many projects in process, he specifically noted that two which are coming to fruition include equipment for Seaspan vessels being built at Sanmar Shipyards; plus design and production for a suite of Class III AGILE Escort & Tow Winches for Signet Maritime. 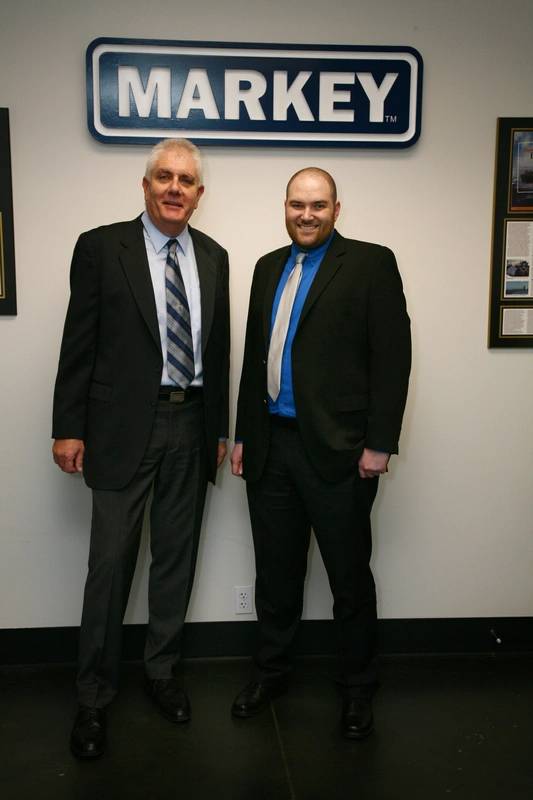