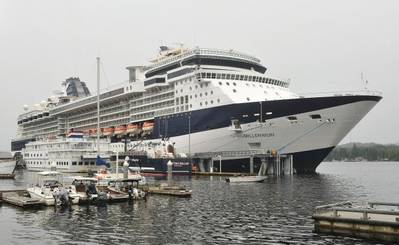 The Millennium was ordered to stay in port in Ketchikan, Alaska earlier this week due to complications with one of the vessel’s propulsion motors. Problems with the ship’s engine reportedly began earlier in August, forcing three days of emergency prepares in Seward, Alaska.

Celebrity Cruises, owned by Royal Caribbean, has cancelled the ship’s voyages up to September 22, when the ship is slated to begin a 15-day voyage from Sand Diego, Calif. Through the Panama Canal to Fort Lauderdale, Fla.