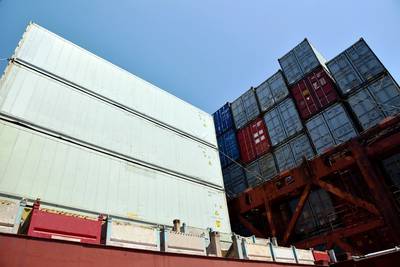 At least 90 migrants who were returned to Libya after being rescued at sea while attempting to cross the Mediterranean to Europe were disembarking in Misrata on Wednesday after spending two nights on board, the U.N. migration agency said.

The migrants were rescued by a commercial ship flying under a Portuguese flag and were taken back to Libya, which is not regarded as a safe port, the International Organization for Migration (IOM) Libya chief Federico Soda said.

Italy, one of the main destinations for migrants departing from Libya, last month declared its ports unsafe for migrants because of the coronavirus outbreak there.

The case drew attention in Portugal, where Foreign Minister Augusto Santos Silva said on Tuesday that the ship had "strictly complied with regulations".

On Monday, the IOM said Libya's coastguard had stopped nearly 400 migrants attempting to cross the Mediterranean over the previous two days.