Over $241 Million in MARAD Grants Awarded for US Ports 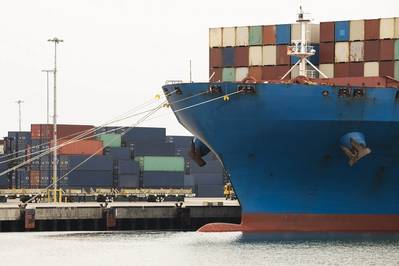 The grants, which will go to 25 projects in 19 states and one territory through the Maritime Administration’s (MARAD) Port Infrastructure Development Program (PIDP), are intended to help strengthen America's supply chains to meet heightened demand and help address inflationary pressures, the DOT said.

“U.S. maritime ports play a critical role in our supply chains,” said U.S. Secretary of Transportation Pete Buttigieg. “These investments in our nation’s ports will help support American jobs, efficient and resilient operations, and faster delivery of goods to the American people.”

The PIDP is in its third year and has awarded $492 million for 32 projects of regional and national economic significance within its first two years. The program supports efforts by ports and industry stakeholders to improve facility and freight infrastructure to ensure the nation’s freight transportation needs, present and future, are met. It provides planning and capital financing and project management assistance to improve ports’ capacity and efficiency.

“These investments will support the shift to cleaner transportation, which will create more economic activity and good paying jobs,” said the Acting Maritime Administrator Lucinda Lessley. “The Port Infrastructure Development Program is an important part of building back better for our ports, our communities, our economy and our people.”

By announcing these grant awards now, the Department is making good on a promise in the Biden-Harris Port Action Plan that will take actions to address supply chain disruptions by helping to increase Federal flexibilities for port grants; accelerate port infrastructure grant awards; initiate new construction projects for coastal navigation, inland waterways, and land ports of entry; and launch the first round of expanded port infrastructure grants funded through the Bipartisan Infrastructure Law.

This Bipartisan Infrastructure Law will rebuild America’s roads, bridges, and rails; upgrade and expand public transit; modernize the Nation’s ports and airports; improve safety; tackle the climate crisis; advance environmental justice; and invest in communities that have too often been left behind. It will drive the creation of good-paying union jobs and grow the economy sustainably and equitably so that everyone gets ahead for decades to come.

Going forward, the Bipartisan Infrastructure Law will provide $450 million annually in funding for the PIDP program for fiscal years 2022 through 2026, or a total of $2.25 billion. This is roughly the same amount of federal funding provided to ports under DOT-administered grant programs since the DOT began providing funding to ports in 2009.

All PIDP grant award recipients must apply, comply with and implement all provisions of the Buy American Act.

Some of the projects to be funded under this announcement include:

Bay St. Louis, Miss. - Port Bienville Rail Storage Yard (awarded: $4,140,000)
This project will construct a new rail storage yard to support the existing operations at the port facility.  The project would add 130 additional storage spaces, construct two sets of storage tracks, and a new rail siding.  These additional spaces are expected to increase the Hancock County Port and Harbor Commission’s (HCPHC) storage capacity by 25 percent so that it can safely manage the current storage operations and meet the current repressed storage demand – easing supply chain challenges. This efficient placement will give Port Bienville Railroad customers access to their cars in a timely manner and increase the reliability of the HCPHC by decreasing the delays caused by congestion.

Tell City, Ind. - Ohio River Pier Project (awarded: $1.6 million)
The project will fund construction of a 40-foot diameter pier for a crane that will be used for direct barge-to-truck unloading of cargo. The pier design will allow the crane to operate regardless of water levels. The project complements other capital development projects at the port, including a road project that will provide trucks carrying cargo from the port direct access to a nearby state highway to help speed up the movement of goods through the supply chain.

Alpena, Mich. - Improving Vessel Access for Sustained Viability (awarded: $3,751,623)
The City of Alpena is partnering with Lafarge Alpena to upgrade and modernize Lafarge Alpena’s port and landside shipping facilities to meet the increasing demand for the plant’s construction products. Project improvements include berth dredging to increase the water depths within the port basin to satisfy larger vessels, stone dock demolition to increase the overall area for vessels to access the site, new mooring dolphins, the addition of a roof for a storage building, demolition of a storage building, and maritime security (MARSEC) upgrades.

Oakland, Calif. - Powering the Future Project (awarded: $5.2 million)
The project replaces an existing electrical substation and circuit located within the port facility. Additionally, the project will construct a new on-site fuel cell facility and a solar array with battery storage and establish a direct connection between the port’s substation and the local electric utility’s biomass-fuel generator.

Portsmouth, Va. - Portsmouth Marine Terminal Offshore Wind Development (awarded: $20 million)
The project will fund improvements to the Portsmouth Marine Terminal to enable it to serve as a staging area in support of offshore wind projects. The grant will fund construction of wind turbine generator staging area in the uplands adjacent to one of the terminal’s wharves and a second area where monopiles and other project components will be stored.

Tacoma, Wash. - Off-Dock Container Support Facility (awarded: $15,730,000)
The project will fund construction of an Off-Dock Container Support Facility. The project is part of the port’s capital improvement program to modernize and optimize the use of its container terminals and support facilities. The project improves 24.5 acres of land adjacent to the Husky, West Sitcum, and Washington United terminals and will help improve the movement of goods through the facility.