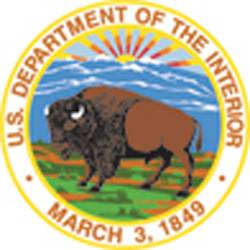 Secretary of the Interior Ken Salazar directed the Bureau of Ocean Energy Management, Regulation and Enforcement (BOEM) to issue new suspensions of deepwater drilling – set to last until at least November 30, 2010 -- on the Outer Continental Shelf (OCS), claiming a pause is needed to ensure that oil and gas companies implement adequate safety measures to reduce the risks associated with deepwater drilling operations and are prepared for blowouts and oil spills.

“More than eighty days into the BP oil spill, a pause on deepwater drilling is essential and appropriate to protect communities, coasts, and wildlife from the risks that deepwater drilling currently pose,” said Secretary Salazar.

In a decision memorandum to BOEM Director Michael R. Bromwich, Salazar said that a temporary pause on deepwater drilling will provide time to implement recent safety reforms and for:

1. The submission of evidence by operators demonstrating that they have the ability to respond effectively to a potential oil spill in the Gulf, given the unprecedented commitment of available oil spill response resources that are now being dedicated to the BP oil spill;

2. The assessment of wild well intervention and blowout containment resources to determine the strategies and methods by which they can be made more readily available should another blowout occur; and

3. The collection and analysis of key evidence regarding the potential causes of the April 20, 2010 explosion and sinking of the Deepwater Horizon offshore drilling rig, including information collected by the Presidential Commission and other investigations.

In this period, the Department and BOEM will also be issuing and implementing interim safety rules in accordance with recommendations in the 30-Day Safety Report that Secretary Salazar submitted to the President on May 27, 2010. The suspensions ordered today will last until November 30, 2010, or until such earlier time that the Secretary determines that deepwater drilling operations can proceed safely.

The new suspensions apply to drilling operations that use subsea blowout preventers (BOP) or surface BOPs on floating facilities.

Predictably, reaction from industry has been swift, as all engaged – both directly and indirectly – in the business of offshore drilling are suffering financially, both in the short and long-term, due to the moratorium.

The National Ocean Industries Association (NOIA) believes the drilling suspensions announced by the Department of the Interior do very little to lessen the confusion and uncertainty surrounding offshore energy exploration in the Gulf of Mexico.

Termed ‘suspensions’ by the Department, the moratorium does not prohibit drilling specifically by water depth, as did its predecessor, but rather prohibits drilling operations that use subsea blowout preventers (BOP) or surface BOPs on floating facilities. The suspensions do not apply to anchored facilities using surface BOPS. Such facilities are generally used in shallow water, which makes the new suspension glaringly similar, if not even more restrictive than the original moratorium, according to NOIA.

The new moratorium also leaves the door slightly ajar to the possibility of earlier removal of restrictions if industry provides assurance acceptable to the Secretary that adequate containment and response capabilities are in place. The problem for industry – according to NOIA and a wide variety of industry executives -- is that it is unclear what exactly it will take to convince the Administration that such capability exists.

Charles Fabrikant, Chairman, President and CEO of Seacor Holdings chaired a panel entitled: “Making Sense out of the U.S. Gulf Accident.” From his perspective and that of his panelists, one of the topline concerns could be the increased liability — or the potentially catastrophic elimination of liability limits in oil discharge incidents. The question is: will regulations become so tough; insurance demands so onorous; that we in effect shrink our industry and severely limit the number of companies able to explore?, Fabrikant pondered.

One of the panelists, Robert J. MacKenzie, Managing Director, Energy & Natural Resouces Research, FBR Capital Markets, offered a more dire view: “The blowout was a tragic but preventable accident. The big question now is ‘what is the future of oil and gas production in the Gulf of Mexico.’ If the political perception is one that this will drag on for years, you will see a mass exodus of rigs and supply boats from the Gulf of Mexico by year’s end.”

The panel came to a consensus that the accident and aftermath could drive the cost of doing business so high that it will effectively drive many of the small and medium-sized players out of the market. In concluding, Fabrikant offered an ominous — but by his own admission, a highly unlikely — thought: “If Congress were to remove all liability limits, I think it would effectively shut down offshore oil and gas production (in the GOM).”