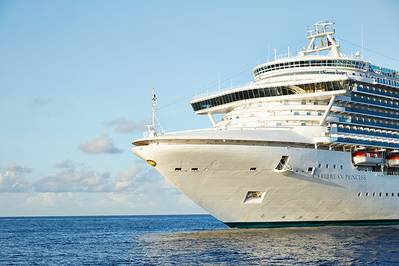 A Utah man has been arrested for allegedly murdering his wife onboard the cruise ship Emerald Princess in Southeast Alaska.
Kenneth Manzanares, 39, of Santa Clara, Utah, was charged by criminal complaint with the murder of his 39-year-old wife, Kristy, in their shared cruise ship cabin on July 25.
According to the criminal complaint, Emerald Princess security and medical personnel responded to an incident in the cabin where Kristy was found deceased with a severe head wound.
A witness observed Manzanares grab his wife’s body and drag her toward the balcony. The witness then grabbed the victim’s ankles and pulled her back into the cabin.
Emerald Princess security entered the cabin soon after and restrained and secured Manzanares, who was arrested July 26.
The Emerald Princess was in U.S. Territorial Waters at the time of the crime, subjecting the case to federal jurisdiction.
Manzanares made his initial appearance in federal court in Anchorage via video conference from Juneau on July 27.