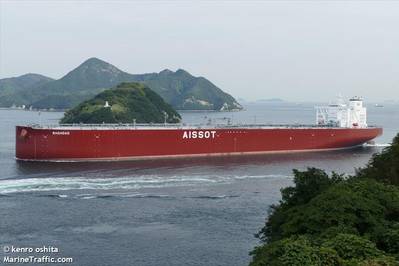 Tanker operator Navios Maritime Acquisition Corporation has announced the delivery of the Baghdad, a new building VLCC of 313,433 dwt.

Navios Maritime Acquisition said that the VLCC was delivered on October 28, 2020, from a Japanese shipyard. According to VesselsValue, the VLCC was built by Japan's Imabari Shipbuilding.

It did not say who the client was, however, images of the vessel found online show AISSOT written on the hull of the VLCC. AISSOT is a shipping and petroleum trading company with main offices in the Republic of Iraq and the United Arab Emirates.