Felipe Simian is CEO of Nachipa, a Chilean-based shipowner operator... 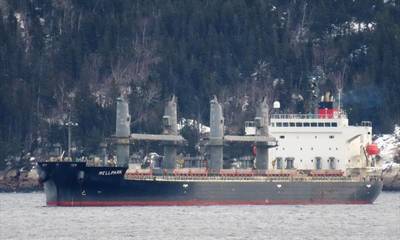 There's a natural predictability to much of the dry bulk sector. Coal demand peaks in summer and winter when seasonal cooling or heating is required, and iron ore typically peaks in the latter half of the year as China imports huge quantities to produce steel in advance of the spring construction season.

Similarly, Brazil's rainy season and Australia's cyclone season both happen in Q1 and usually help ensure it’s the weakest quarter of the year for dry bulk.

Even acts of God are only minimally impacting the dry bulk market’s momentum this year. The global economy has started its recovery from the impacts of COVID-19, we're seeing major financial stimulus, and a number of positive indications that companies are accelerating growth to make up for lost output over the last 15 months.

Demand for dry bulk has created a far healthier market than usual in the first three months of this year. Panamax and Supramax rates have consistently exceeded those for Capesizes to the point that a Cape was recently fixed for a grain shipment—a very rare occurrence.

How long can the gains continue?
In years past there has been limited, sustained demand for segments below Capesize, and fleet overcapacity has created a hard ceiling on freight rates. However, the current market is seeing growth across a diversified base of cargoes, and from a broad range of developed and developing economies. Even the U.S., which isn't commonly a hot spot for dry bulk demand, is seeing growth from Supras and Handys that are exploiting the major differences in price for some commodities.

It's also clear that dry bulk shipping capacity is lagging this growth, and we potentially even have a capacity deficit. At one point in Q4 last year the dry bulk orderbook was at its lowest in a decade, and half what it was in 2016.

Why does this matter for emissions?
In a hot market like this one ships chase berths and cargoes with even greater intensity than usual. This almost always translates into higher vessel speeds, reduced scrapping of older and less efficient ships. As a consequence, we’re likely to see much higher emissions levels. The reality is that over the decades I've worked in shipping is a clear correlation between freight rates and vessel speeds.

There has been a lot of talk about a 'green recovery' recently. The idea is that governments use economic stimulus to create the environmentally friendly infrastructure the world needs to avoid the climate crisis. As long as the incentives remain unchanged, however, it will be hard for dry bulk to fully play its part helping the world to decarbonize.

If we want to change this reality there are two things that can be accomplished very rapidly that will arrest dry bulk's emissions growth: mandatory slow steaming, and eliminating ‘rush to wait’, or the haste of so many vessels to terminals only to spend days—and sometimes weeks—waiting to load or unload.

Ships traveling at steady speeds use substantially less bunkers than one which is frequently accelerating and decelerating. Ships that are traveling at a low, constant speed will reduce their emissions even further.

At Nachipa, we’ve been working steadily to reduce our emissions through targeted technology investments, a fleet with an average age of four to six years, and transparent conversations with our clients about the most effective and most environmentally efficient ways to transport their cargoes. In almost all cases it’s a very simple but effective calculation: slower speeds and optimized voyage planning equals lower costs and reduced emissions.

Market forces mean that ships will accelerate when rates are good and only slow down when rates are bad. Dry bulk cargoes are going to be integral to the green recovery and the infrastructure we need in the coming decades.

If you want to change the way that the market works, we need to work together to create a level playing field where best practice for the environment is rewarded.