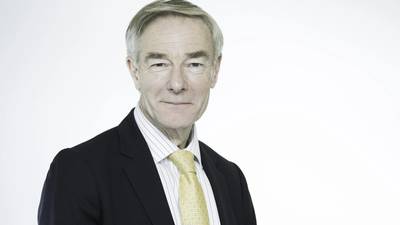 As negotiations begin on the UK's departure from the European Union, David Dingle CBE, Chairman of Maritime UK said: "These are the most critical set of negotiations in a lifetime. We want to see a Brexit deal that ensures the UK’s attractiveness as a place to do business, as a place to research, develop and innovate the cutting-edge maritime products and services of tomorrow, and a deal that capitalises upon new freedoms to back British industry."

“Above all, we need free trade with Europe as well as the rest of the world, enabling our sector to perform its unique and fundamental role in facilitating UK global trade.
“A cross-party agreement on Brexit would be a powerful tool to demonstrate a united front in the negotiations. Negotiating such an agreement would mean that the final deal had the widespread support of the British people, and more likely be signed off by Parliament. Our negotiating partners would therefore take the negotiations more seriously, providing certainty and stability, allowing industry to get on with its job.
"Over the coming weeks and months, the government must demonstrate how it is working to address the everyday considerations of industry and the wider economy - who we recruit, whether goods will be stopped at borders, and whether we will have extra costs to deal with.
“Of course not all issues will be addressed straight away, and it is our responsibility to promote our priorities throughout the negotiations, ensuring nothing is inadvertently given away or conceded as the negotiations progress. This includes telling government which elements of EU membership we need to maintain to enable us to continue to grow the sector, boost productivity, and deliver prosperity for all.”