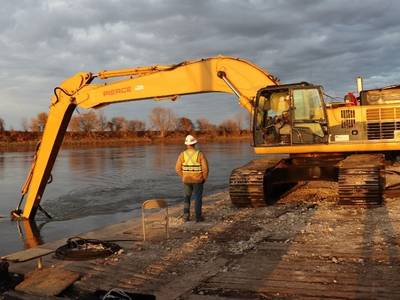 A dredging planning optimization model algorithm, developed by a data science team from the University of Houston and Rutgers weighs potential cost offsets when materials, such as sand, can be collected and repurposed. In this 2020 dredging, special equipment attached to the backhoe on the barge work boat redirected sand away from navigable areas. (Photo: U.S. Army Corps of Engineers)

A new decision-support tool could become a game changer in the dredging of ship channels. Millions of dollars are at stake every time a major ship channel is cleaned up. Delays in dredging can cost even more by triggering increased risks, repeated maintenance and lost revenue. In either case, the task cannot be put off indefinitely.

All ship channels must be regularly cleared of sand, debris settled on the bottom (called shoal) and miscellaneous trash. That means ship channel management regularly faces the mighty task of dredging. How do they make the wisest decisions with the best timing?

“The quandary involves weighing factors for the optimal decision of channel dredging and disposal activities,” said Zheyong Bian, assistant professor of construction management at the University of Houston College of Technology. “Some factors are static, like geographical features of navigation channels and confined disposal facilities. Others vary substantially, such as navigability condition deterioration (shoaling), traffic, economic values, annual budget and more.”

Bian, then a doctoral student at Rutgers University, The State University of New Jersey, collaborated with project leader Yun Bai from the Center for Advanced Infrastructure and Transportation (CAIT) at Rutgers, to develop a dredging planning optimization model (DPOM) and a dynamic prioritization planning (DPP) algorithm that factor in known variables, such as the volume of debris expected and availability of nearby confined disposal facilities. It also considers grouping phases of the project and how costs can be affected by interest rates and inflation.

But – this is a key advantage, Bian stressed – the algorithm also holds the flexibility that weighs input from local professionals. In other words, it values boots-on-the-ground opinions and learns from experience.

Once all factors are included, the algorithm suggests timing, prioritization and the grouping of projects. It also projects costs, with interest and inflation included, as well as monies likely to be recouped (through repurposing of sand, for example).

In these days of tightened budgets, public funds are deployed with ever more care. The new DPOM model and DPP algorithm could strengthen cost efficiencies at ship channels around the world. The New Jersey Department of Transportation Office of Maritime Resources provided funding and data to support this study. 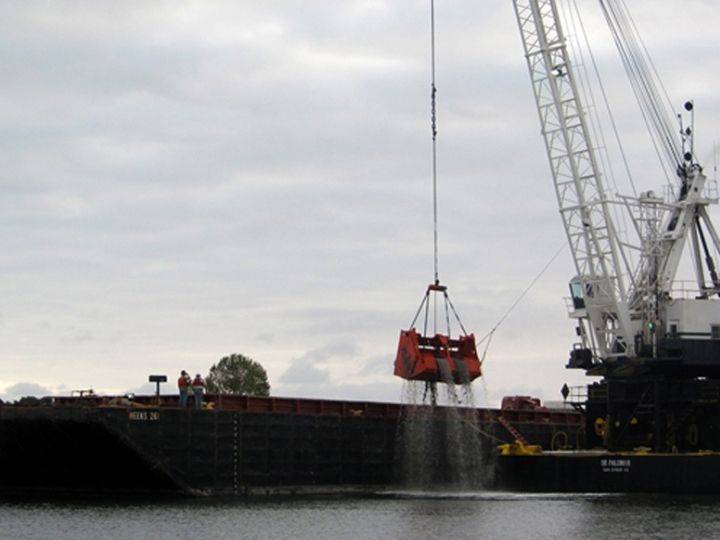 This clamshell dredge was put to work for a project created to remove 350,000 cubic yards of material from the federal channel in Newport Harbor, part of the Port of Long Beach, Calif. About one-third of the project’s dredged material found new purposes when it was reused in a development project in the Long Beach system. (Photo: U.S. Army Corps of Engineers)