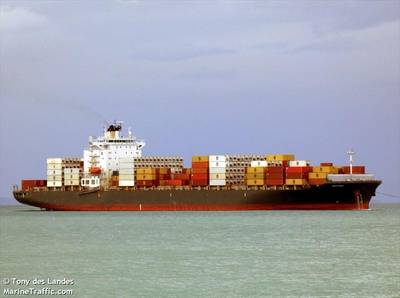 "Rapid tests were ordered for the two symptomatic cases. Health officials report their condition is regarded as improving. The test results for the remainder of the crew are due back later tonight," New Zealand's Ministry of Health said.

"Health officials in Southern DHB are working with other agencies to determine the next steps for the ship. In the meantime, the crew members remain on board the Mattina," the ministry said.

The Mattina is currently in quarantine in a secure area of the port which is inaccessible to any members of the public and fencing will be put up to further restrict access to the ship, the ministry added.

In a separate statement released earlier Monday, the ministry said there had been no cases of COVID-19 to report in the community in New Zealand Monday.

"There are three positive cases of COVID-19 to report today in recent returnees in managed isolation facilities. One previously reported case has now recovered. The number of active cases in New Zealand is 47. Since 1 January 2021, there have been 99 historical cases, out of a total of 644 cases. The seven-day rolling average of new cases detected at the border is seven. Our total number of confirmed cases is 2,461," the Ministry said.

New Zealand public health officials said they continued to closely monitor the situation in Australia, particularly in NSW, Queensland and Victoria, where there has been a growing number of COVID-19 cases. Travel with NSW was paused on June 22 and with Victoria July 16.

So far, contact tracing has identified 21 people in New Zealand who have been in locations of interest in the two states at the relevant time; 13 in Brisbane, two in wider Queensland and six in Melbourne.