Next Wave of U.S. LNG Export Projects to be Tougher 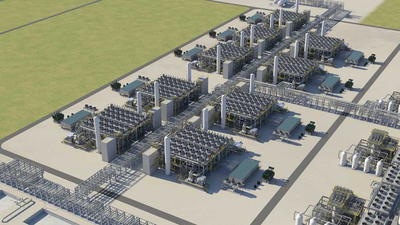 The next wave of U.S. liquefied natural gas (LNG) export projects will be “tougher” to bring online, as companies with existing facilities take advantage of lower costs to expand capacity in coming years, the chief executive of Blackstone Group said on Wednesday.

Blackstone CEO David Foley said at the Gastech Energy Conference in Houston that only one or two new startup projects may reach a final investment decision (FID) in the next wave of U.S. LNG export projects.

“In terms of liquefaction capacity that gets FID from the U.S., the hit rate will be a lot higher on projects either sponsored by major oil companies or expansions of existing facilities,” Foley said.

The private equity giant has owned a stake in Cheniere Energy, the nation's biggest LNG exporter, since 2012. Cheniere was the first company to build a large LNG export terminal in the lower 48 states, which started shipping to other markets in February 2016.

The United States began shipping LNG to foreign customers from the lower 48 states in 2016, with exports reaching a record 5.2 billion cubic feet per day in July, according to the U.S. Energy Information Administration.

Demand for the gas that is super-cooled so that it can be transported on ships has increased from numerous markets, particularly from China and India, to meet growing energy demand while moving away from dirtier coal plants.

Operators are racing to reach FID new U.S. export projects that would sell cargoes into a global market where excess supply, which is currently abundant, is expected to shrink within five years.

Cheniere reached FID on an expansion of its Sabine Pass, Louisiana, LNG facility in June.

Several U.S. projects have said they expect to make decisions on going ahead with construction in coming months.