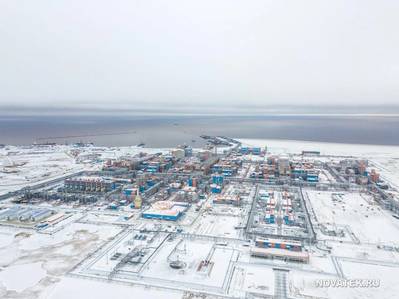 Russia's second largest natural gas producer Novatek said that its trading subsidiary Novatek Gas&Power Asia and Spanish energy company Repsol  have agreed to a 15-year contract to supply 1 mtpa of LNG from the Arctic LNG 2 project and other projects.

The LNG will be delivered ex-ship primarily to markets on the Iberian Peninsula, said a release from Novatek.

“The agreement for the sale of LNG would allow us to increase our market presence on the Iberian Peninsula where Russian pipeline gas is not supplied,” noted Novatek’s First Deputy Chairman of the Management Board Lev Feodosyev.

“Expanding our supply geography and diversifying our long-term contract customer base is consistent with the Company's strategy to ramp up LNG production in the Russian Arctic,” he added.

The Arctic LNG 2 project will include the construction of three LNG trains at 6.6 mtpa each, using gravity-based structure platforms.

The project is based on the hydrocarbon resources of the Utrenneye field, which has total reserves of 41.19 Tcf of natural gas and 57 million tons of liquids. It is expected to develop more than 7 billion boe of resources, with a production capacity of 19.8 million tonnes/yr.