By Anshuman Daga and Roslan Khasawneh May 12, 2020 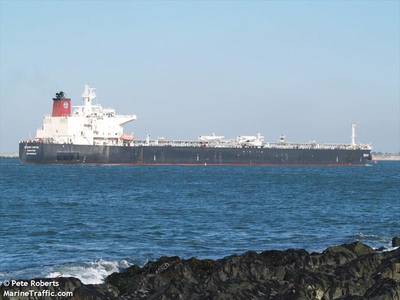 Ocean Tankers (Pte) Ltd (OTPL) is owned by the Lim family which also owns Singapore's oil trader Hin Leong Trading Pte Ltd, itself placed under judicial management in April as it seeks to restructure billions of dollars of debt.

Under judicial management, a court appoints independent managers to run the affairs of a financially distressed company in place of existing management, a move that is often looked upon favourably by creditors.

OTPL did not immediately respond to requests for comment about the judicial appointments.

The appointment of EY's executives came after a hearing at Singapore's High Court earlier on Tuesday to consider OTPL's application to be placed under judicial management.

Lim Chee Meng, director at Ocean Tankers and Hin Leong Trading (HLT), said in a court filing dated May 11 that the shipping firm could continue to operate under judicial management, though HLT's financial difficulties could have an impact on its business in due course.

"It may not be easy to completely shake off the market perception of the linkage to the financial woes of HLT," Lim said in the court filing, seen by Reuters.

"There is therefore a risk that in the next few weeks or months ... OTPL may not be able to fully meet all its operational costs and expenses to operate at the same levels as before," Lim said.

Separate entity
The Lim family - Lim Chee Meng, his sister Lim Huey Ching and their father and founder of the companies, Lim Oon Kuin, or O.K. Lim - owns 100% of Ocean Tankers and HLT.

HLT owes $3.8 billion to 23 banks, according to a company presentation to lenders on April 14, contained in an affidavit in court filings.

In the affidavit, O.K. Lim, said he had directed the firm not to disclose $800 million in losses over several years. Singapore police said in April they had launched an investigation.

Lim Chee Meng said in his court filing that in the event OTPL was unable to pay for the chartering of the ships in its fleet, they would be returned to the special purpose companies it leases them from, which are mainly Xihe Holdings Pte Ltd or Xihe Capital Pte Ltd.

The Xihe companies are also 100% owned by the Lim family.

OTPL, HLT and Xihe did not respond to requests for comment about the court filings.

Ocean Tankers, founded in 1978, manages and operates a fleet of about 100 vessels ranging from coastal barges to very large crude carriers, according to the company website.

Lim reassured stakeholders in a letter dated April 15 seen by Reuters that the shipping company was a separate entity from Hin Leong Trading and it had not guaranteed its debts.

Rajah & Tann is the legal adviser to Hin Leong and Ocean Tankers.

Energy trader Gunvor Group returned to profit in 2019 after its first net loss a year earlier, helped by record earnings in its U.S.