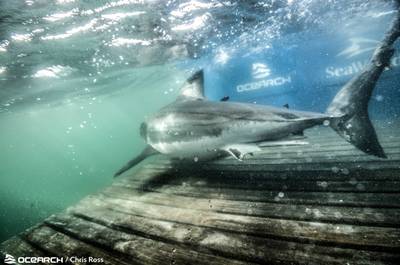 Alongside 42 scientists and 28 research institutions the organization will collect data to support 23 science projects that will help form a complete picture of the ecology, behavior and health of the white shark in the Northwest Atlantic Ocean.

The company said it was headed back to the area where they first began their Northwest Atlantic White Shark Study nine years ago, off the coast of Massachusetts.

The area of work is being expanded to reach a new part of the Northeast US, the waters off of New Hampshire.

"We know the area around Cape Cod and Nantucket Island is a summer aggregation site for the white shark. But not all white sharks in the Northwest Atlantic spend their summers off Cape Cod.

"A large component migrates as far north as Newfoundland and the Grand Banks, where prey species also abound. In between, the productive waters of the Gulf of Maine support the movements of white sharks, but to what degree these sharks use the Gulf is not well understood. So for our research this summer, we are returning to Nantucket and Cape Cod, and exploring the Gulf off New Hampshire, in our quest to understand the complete life cycle of the white shark in the Northwest Atlantic," stated Ocearch's Chief Scientist Dr. Bob Hueter. 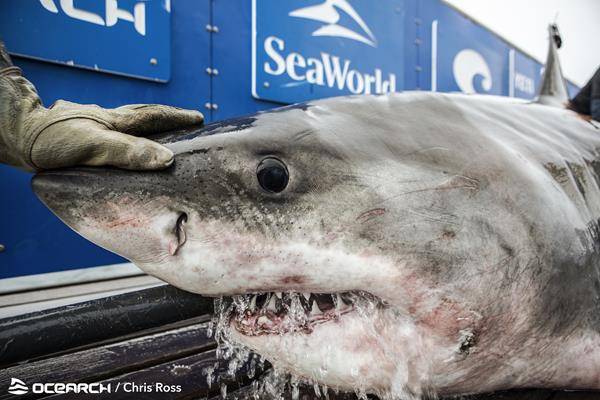 This 22-day expedition will aim to build on the research previously conducted by Ocearch and their collaborating scientists, while also increasing their sample size and ultimately knowledge of the overall health of white sharks in the Northwest Atlantic.

With full health assessments of each shark, electronic tag application to track long-term movements, and microbiological studies of white shark’s teeth and mouth to determine the best antibiotics to administer if a swimmer has an incident with a white shark, Ocearch's Northwest Atlantic White Shark Study is the most comprehensive, multidisciplinary research effort for white sharks in the world, the company said.

“With 70 white sharks fully worked up, tagged, and released, Ocearch's Northwest Atlantic White Shark Study is the most comprehensive research study that has ever been done on a white shark population.

In just seven years of fieldwork in the Northwest Atlantic we have taken the NW Atlantic white shark population from one of the least understood populations to the most well understood and comprehensively studied populations in the world. Peer-reviewed papers are steadily publishing with over 55 published so far and dozens more near completion.

"We are modernizing the approach to ocean research to make it more efficient, inclusive, collaborative and open-sourced. We have brought the practical and academic together for the future, for our kids. It is a privilege to be a part of it and it is a great demonstration of individuals, companies and research institutions coming together for the future abundance of our oceans. It is going to take us all,” stated Chris Fischer, Ocearch Founder and Expedition Leader.

Expedition New England will depart from New Bedford, Massachusetts on August 1 and move up the coast towards New Hampshire with a final docking currently planned on August 20.