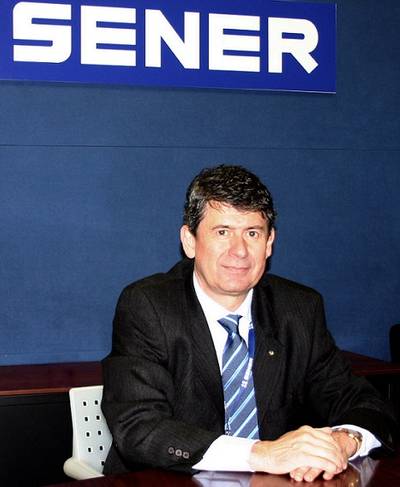 The engineering and technology group SENER has opened an office in São Paulo, Brazil.

SENER thus establishes an operating and permanent division in this Latin American country, made up of about 300 Brazilian professionals specialized in engineering and construction that will carry out projects in the fields of Power and Process, Civil engineering and Architecture, Aerospace and Marine engineering. Furthermore, SENER premises in Brazil also include an office in Rio de Janeiro.

This new division is one more step to consolidate SENER's presence in Brazil, a country with prospects for development in infrastructure and where the company expects to make its contribution carrying out engineering projects and turnkey construction projects, especially those involving a technological challenge. At present, SENER is internationally recognized as a high technology group capable of optimizing and improving the performance of industrial projects, dealing with major infrastructure EPC contracts - where SENER manages all stages of the project from design and construction to final commissioning - and supplying innovative equipment in a wide range of technological disciplines, which cover areas such as aeronautics, marine engineering, defense and security and aerospace. The opening of the division in Brazil reflects SENER’s globalization strategy, which implies enhancing its presence in new locations combining the own corporate culture of a global company with full integration into the essence of each country, thus maintaining proximity with its clients.

Heading this office is Guido Casanova, SENER’s General Manager in Brazil. He is Marine Engineer, graduated by Polytechnic School of the University of São Paulo, and was previously responsible for managing Pirelli’s business in Brazil and Mexico, heading additionally the telecommunications division in Brazil as well as holding various management positions of the company Techint in Brazil and Italy, for which he carried out activities throughout Latin America.

Guido Casanova is, since 2010, SENER’s representative in Brazil, where the company is already working on Power and Process projects, and collaborates with leading petrochemical companies in the country such as Petrobras or BR distribuidora; in the field of Civil engineering and Architecture, SENER is managing for Odebrecht the project quality control at the Corinthians stadium, which will host the opening ceremony of the Football World Cup in 2014; in Aerospace engineering, SENER is participating in various tenders and has already achieved the supplier qualification to Embraer; finally, in Marine engineering, SENER is present in several shipyards and engineering companies such as Projemar, the Brazilian Navy (AMRJ), the Naval Design Center (CPN) in Rio de Janeiro, the STX shipyard in Niteroi, the Itajaí shipyard and the School of Architecture and Marine Engineering at the Río de Janeiro Federal University, thanks to its FORAN CAD/CAM software for the design and construction of ships and naval devices, which is one of the world's most sold software programs in this field. The company is applying for the license to bid on marine engineering tenders, a sector, in which it has an extensive experience.

With the opening of the office in Sao Paulo, SENER currently has 15 divisions in different countries of Europe, North America, South America, Africa and the Middle East.