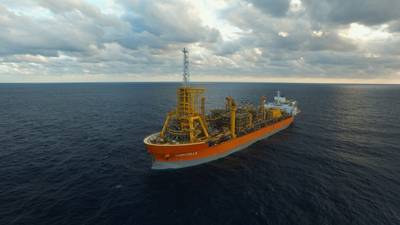 Dutch oil-ship lessor SBM Offshore's full-year core profit (EBITDA) jumped 67 percent, driven by growth in its Lease and Operate business, the company said on Wednesday.
SBM, which has been seeking a settlement after being accused of paying bribes to executives of state-controlled oil company Petrobras, reported an EBITDA of $772 million for 2016. Revenue fell 16 percent to $2.27 billion.
Analysts polled by Reuters had on average expected revenue of $2.06 billion and EBITDA of $729 million.
The company also raised its dividend by 10 percent to $0.23 per share, beating analysts' expectations.

Prysmian Targets Half of Sales from Low-Carbon Products by 2022

Prysmian, the world's largest cable maker, pledged on Friday to raise the share of revenues from low carbon products to 50% by 2022 as part of plans t