Oil Dips as U.S. Rigs, Refiners Appear to Have Avoided Worst of Storm 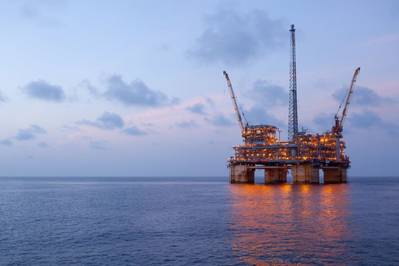 For illustration; A BP Platfrom in the U.S. Gulf of Mexicp

Oil prices fell in early trade on Friday as a massive hurricane raced inland past the heart of the U.S. oil industry in Louisiana and Texas, with a storm surge weaker than predicted.

"Unless there is any lasting damage to oil production infrastructure, it would not be a surprise to see oil trade down a bit after the storm as damage assessment continues," AxiCorp market strategist Stephen Innes said in a note.

U.S. producers had shut 1.56 million barrels per day of crude output, or 83% of the Gulf of Mexico's production, while nine refineries had shut around 2.9 million bpd of capacity, or 15% of U.S. processing capacity, ahead of the storm.

Late on Thursday, the Port of Houston, the top U.S. crude oil export hub accounting for about 600,000 barrels per day of shipments, was in the process of reopening to commercial shipping late Thursday.