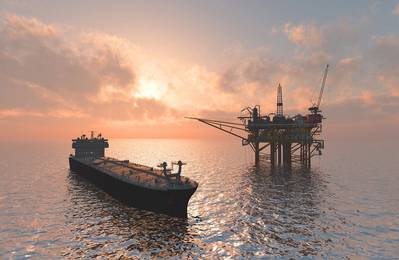 The spectre of tariffs on a further $200 billion of Chinese goods sent commodities lower along with stock markets, as tension between the world's biggest economies intensified.

"Trade concerns have bitten today," said Michael McCarthy, chief markets strategist at CMC Markets. "If these tariffs are introduced there will be an impact on global growth and demand."

The price fall was aided by news Tripoli-based National Oil Corp (NOC) had lifted a force majeure on four Libyan oil ports, saying production and exports from the terminals would "return to normal levels in the next few hours".

Libyan oil production fell to 527,000 barrels per day (bpd) from a high of 1.28 million bpd in February following the port closures, the NOC said on Monday.

"The lifting of force majeure at all the Libyan ports will certainly come as relief from a supply perspective, but it remains to be seen how quickly exports can return to normal," Harry Tchilinguirian, head of oil strategy at BNP Paribas, told Reuters Global Oil Forum.

Adding to the bearish mood were signs of a possible relaxation of U.S. sanctions on Iranian crude exports.

U.S. Secretary of State Mike Pompeo said on Tuesday that Washington would consider requests from some countries to be exempt from sanctions due to go into effect in November to prevent Iran from exporting oil.

Washington had previously said countries must halt all imports of Iranian oil from Nov. 4 or face U.S. financial restrictions, with no exemptions.

The United States pulled out of a multinational deal in May to lift sanctions against Iran in return for curbs to Tehran's nuclear programme.

The prospect of sanctions on oil exports from Iran, the world's fifth-biggest oil producer, has helped push up oil prices in recent weeks with both crude contracts trading near 3-1/2 year highs.

Supply to the U.S. market has also been squeezed by the loss of some Canadian oil production.

Analysts polled by Reuters forecast on average that crude stocks fell by 4.5 million barrels, ahead of government data at 10:30 a.m. EDT (1430 GMT) on Wednesday.

Reporting by Christopher Johnson in London and Aaron Sheldrick in Tokyo