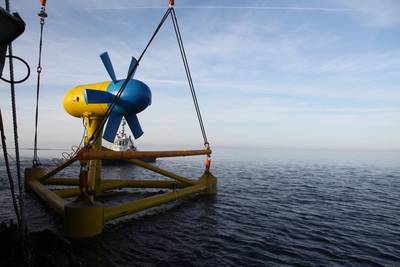 OMSA President, Aaron Smith said, “We are sorry to see Richard go, he has loyally served OMSA and the offshore industry for more than 10 years. We wish he and his wife, Joan, the best as they move to the next stage of their lives.”

Of his move, Wells said, “I was blessed to be part of this vibrant organization and in the resolution of major issues facing the offshore vessel industry. I will always be a part of the maritime industry and wish OMSA and the OMSA membership continued success.”

Fuhrmann has been involved in the marine industry since 1998 when he sailed as an engineer for an OMSA member. Subsequently, Fuhrmann has worked within the marine assurance and consulting industry as a technical authority and subject matter expert for marine operations. Most recently, Fuhrmann chaired the National Offshore Safety Advisory Committee (NOSAC) subcommittee charged with making recommendations to the U.S. Coast Guard on how more domestic energy vessels could be used for disaster recovery. Finally, Fuhrmann served six years in the U.S. Naval Reserves.

Of the hire Smith said, “While today’s announcement is bittersweet, I have worked with Chad for years and have always admired his drive, professionalism, ideas, and industry knowledge. I look forward to working with him in service to OMSA members and the maritime industry.”