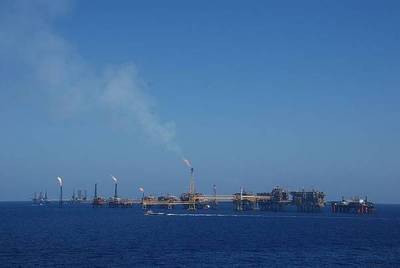 One person died and five went missing after a fire broke out Sunday on a Pemex offshore platform in the Campeche Bay, Mexico.

The fire broke out at the E-Ku-A2 platform at Pemex's Ku-Maloob-Zaap oil field at 3:10 pm Sunday and was brought under control an hour later.

Pemex said it was conducting a search and rescue operation, as well as working damage assessment and stabilization of the integrity of the offshore facilities.

The oil firm said it would launch an investigation to identify the cause of the fire.

The incident comes a little over a month after Pemex extinguished a fire on the ocean surface west of Mexico's Yucatan peninsula, caused by a gas leak from an underwater pipeline.

Oil held above $75 a barrel on Thursday, within sight of a multi-week high hit a day earlier, supported by a big drop in U.S.