2020 OSV Update: Laid Up and Beginning To Look Lazy 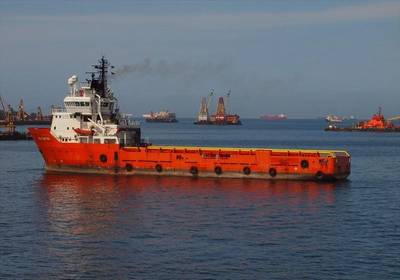 With increased time in layup and outdated tonnage, surely after all that has occurred in 2020 it’s about time for the offshore support vessel (OSV) sector to address the long standing elephant in the room. This article will focus on platform supply vessel (PSV) layups and will investigate what the future might hold for the troubled OSV sector.

Using VesselsValue recency of automatic identification system (AIS) data, we categorize any vessel that has not signaled in over eight weeks as laid up.

Looking first at lay up on a global level, Figure 1 shows that 28% of the global PSV fleet is currently in layup with an average layup time of 4.29 years. A clear sign of an aging inactive fleet with limited likelihood of returning to active service.

Looking next at PSV layup on a regional level, Figure 2 shows that the Gulf of Mexico makes up 37.61% of the total laid up PSVs in the market. Second is Southeast Asia, making up 12.84% of the laid up PSV fleet. This graph illustrates well the serious oversupply that plagues the U.S. GOM compared to other regions.

At a company level, Figure 3 shows the top five companies based on the number of laid up PSVs within their fleet. Unsurprisingly, it is dominated by U.S. companies. Edison Chouest Offshore currently has 54% of its PSV fleet in layup. 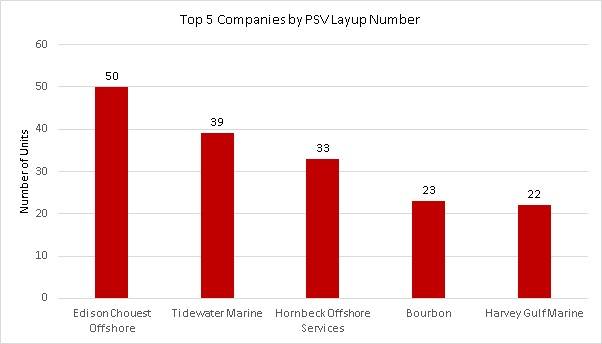 Hard pill to swallow
Demolition at a loss and fleet reduction might be the answer for OSV owners in times to come. The offshore industry is still in a state of retraction, the sudden shock of COVID-19 and its effects on the industry has hurt the sector and many predict any form of recovery will be around 2022/2023.

Those who can do
For Tidewater Marine, 2020 has been an active year for OSV demolition. Figure 4 outlines its most recent demolition sales. All were sold ‘as is’ West Africa for $150/lt in September 2020.

Tidewater removed four Norwegian built PSVs with an average age of 20 years. All were sold ‘as is’ North Sea for $125/lt in May 2020.

Tidewater removed two medium sized PSVs from the fleet. Both units were sold ‘as is’ Gulf of Mexico for an undisclosed price.

Tidewater have blazed the trail with a conscious effort to reduce its OSV fleet.

Vroon Offshore Services has recently joined the movement, selling three PSVs: the VOS Power, VOS Producer and VOS Prominence (3,600 dwt blt 2006/2007 Jiangsu ZhengJiang) for breaking in an EU-approved yard based in the Netherlands. These assets had been laid up for some time before demolition.

The graph above may be somewhat ambitious, reflecting a total reduction of 167 vessels within the top five owners fleet. However, this is still only the tip of the iceberg with a further remaining 479 in the total laid up fleet. Sustaining a market balance in the PSV sector will require further fleet reductions from owners going forward, removing obsolete tonnage that is no longer required in the market.