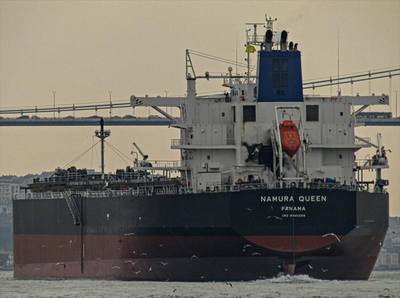 Three Panamanian-flagged ships have been hit by Russian missiles in the Black Sea since Russia’s invasion of Ukraine last month, Panama’s Maritime Authority said on Wednesday.

One ship sank, the maritime authority said in a statement, but there were no casualties reported. The two others remain afloat with damages.

“We know that we had three ships that were attacked by Russian missiles but the crew is all safe, we had material damage,” said Noriel Arauz, the administrator of the Panama Maritime Authority (AMP).

The three affected ships were Namura Queen, Lord Nelson and Helt. The AMP did not give the dates of when the ships were hit.

At least 10 other flag-bearing ships are still in the Black Sea, Arauz said, adding the Russian navy is restricting ships from leaving the area.

Panama has the largest registry of flagged ships in the world, exceeding 8,000 vessels, according to the AMP.