Partnering on the Digital Ship: Inside Denmark’s ShippingLab

When will the first fully digitized, autonomous and environmentally friendly ship be ready to sail? The answer is uncertain but the Danish Maritime Authority’s ShippingLab project aims to have most of the technical and managerial challenges solved in as little as two years from now. Tom Mulligan reports.

Denmark’s ShippingLab project is a three-year initiative that commenced its work in March 2019 with the aim of developing the first fully commercially operational, fully digital, autonomous and environmentally friendly ship. There are almost 30 partners working together within ShippingLab, which is coordinated by the Danish maritime cluster, Blue Denmark. A lead partner is The Automation and Control Group within the Technical University of Denmark’s Department of Electrical Engineering which has researched autonomous systems for the past 25-30 years focusing on diverse application domains including marine craft. Around 2010-2011, in collaboration with the Royal Danish Navy, the group started a series of projects looking into the development of control and perception algorithms for achieving unmanned operation of a high-speed waterjet.

Over a period of four to five years, this collaboration produced significant know-how on the challenges connected with object detection and classification during navigation, and it qualified the group to scientifically steer an investigation promoted by the Danish Maritime Authority, the Electronic Outlook project (2017-2019), to evaluate the potential of electro-optical sensing devices as complementary means to increase the awareness of the navigator. One year into this investigation additional funding was raised to perform research on methods and algorithms for developing solutions as part of the Autonomous Situation Awareness for Navigation (ASAN) project, which runs from 2018-2021.

“ShippingLab was actually initially established in the fall 2017 as an innovation forum aiming at creating and developing R&D ideas with the ultimate purpose of making Denmark a global maritime power hub, as envisioned by the Plan for Growth in the Blue Denmark cluster launched by the Danish Government at the beginning of 2018,” said Associate Professor Roberto Galeazzi of the DTU Automation and Control Group. “Three main research drives were the focus: digitalization, autonomy and decarbonization. The ShippingLab forum was set up thanks in a collaboration between Danish Maritime, Danish Shipping, Force Technology, Maritime Engineering DTU, CBS, the Danish Metalworkers Union and the Danish Maritime Authority.” 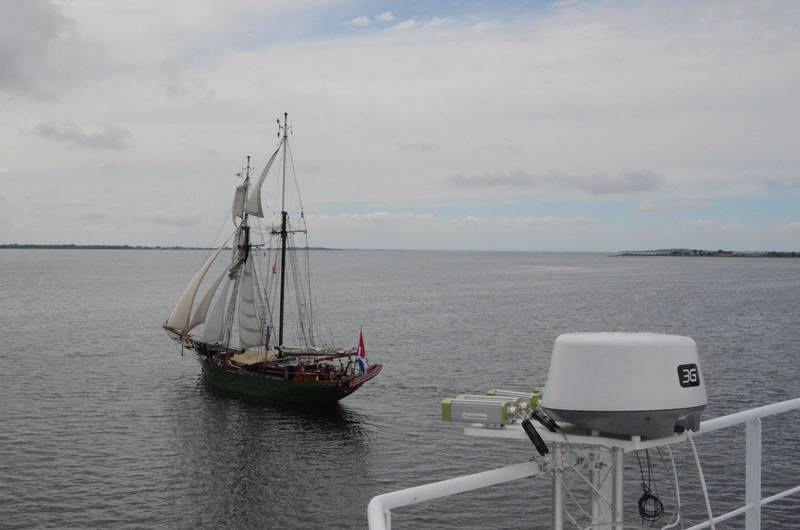 Based on ongoing research efforts by Professor Mogens Blanke, Associate Professor Galeazzi and Associate Professor Søren Hansen, a proposal was made to set up an innovation project for the development and full-scale demonstration of functionalities/systems for the autonomous navigation and supervision of passenger ferries in Danish waters:

“In particular the core idea was to develop advanced tools for autonomous navigation and decision support by exploiting state-of-the-art electro-optical sensor technology and methods in sensor fusion, AI and control theory to enable vessels to operate with a partly unattended bridge,” explained Galeazzi. “Based on this idea, DTU succeeded in gathering a strong network of industrial stakeholders from the Danish maritime cluster that shared the vision of demonstrating the autonomous ship in Denmark.”

The focus on ferries was inspired by the geographical composition of Denmark, a country characterized by many small islands with rather limited connectivity with the mainland. It was envisioned that autonomous ferries could, in the short to medium term, improve transportation at sea since reduced manning on a single ferry could generate more passages by redistributing personnel. In the long term, it was anticipated that new business models could be enabled by autonomy, such as the ‘ferry-on-demand’.

Systems for autonomous situation awareness could have a large impact on the shipping industry in terms of increased safety during navigation in harsh weather conditions as well as at nighttime, when visibility is limited. Such systems could be widespread in the global fleet to help the officer on watch monitor the overall situation around a ship and significantly reduce the workload in challenging sailing scenarios with heavy weather and multiple vessel encounters.

“Systems for collision avoidance could also be developed and benefit the navigator,” said Galeazzi. “The integration of these systems on board vessels do not imply unmanned operations, but they will give the crew improved actionable information enabling them to take decisions, and this will possibly help reduce workload, fatigue and stress.”

“Autonomy in these cases will once again increase safety by removing humans from dangerous environments, diminish energy consumption, and standardize operations. Digitalization in the form of, for example, advanced condition monitoring of vessel machinery systems can provide vessel owners with a large amount of information and give operation and maintenance companies information about how the vessel is operated, enabling more efficient and possibly cheaper maintenance,” said Galeazzi.

“A more digitalized ship is potentially a more transparent ship in terms of, for example, emissions, and the public may have more powerful instruments to confirm compliance with environmental regulations,” said Galeazzi. “Society can certainly benefit from the real creation of the autonomous ship.” 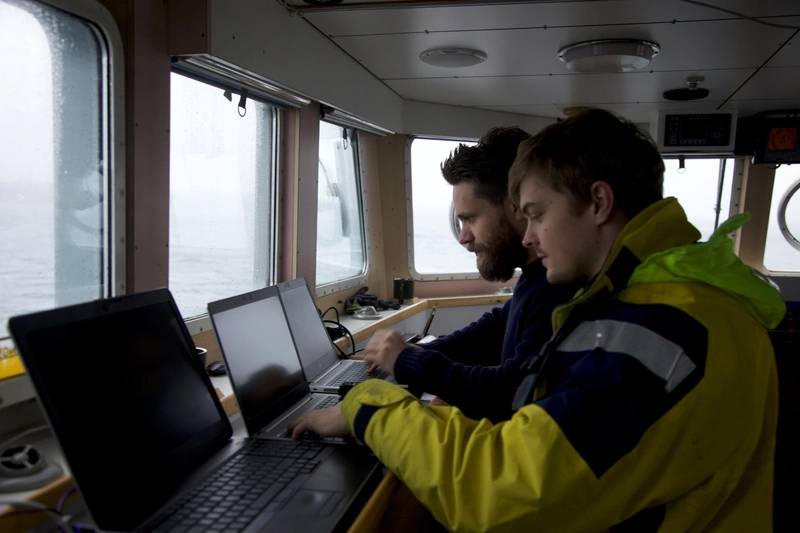 PhD students participating in the testing of sensing technologies in Faaborg, Denmark in December 2019. Photo: DTU