Cruise Ship Passenger Medevaced off US 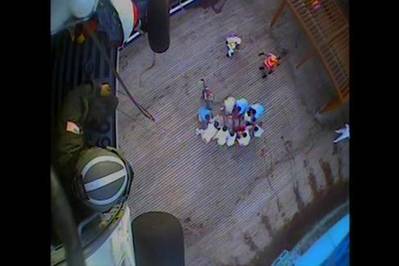 Coast Guard air crews arrived on scene and hoisted the ailing passenger along with a family member and a medical professional into a helicopter at about 7:30 p.m. A video of the medevac is available here.

The woman was brought to Vidant Medical Center in Greenville, North Carolina, arriving at about 9 p.m., and is reported to be in stable condition.