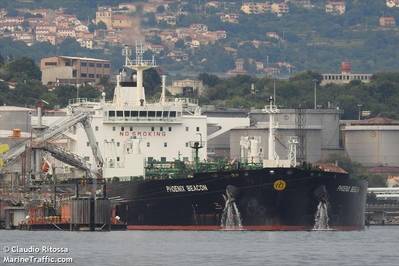 Greek tanker owner Performance Shipping announced on Monday it has taken delivery of a secondhand Aframax tanker it agreed to purchase in September 2022.

The P. Monterey, formerly Phoenix Beacon, is a 105,525 dwt tanker built in 2011. It is equipped with a ballast water treatment system (BWTS), and its next scheduled special survey is not due until 2026.

The vessel was acquired for a total purchase price of $35 million and partially financed through the recently announced term loan facility with Piraeus Bank S.A.

Following the delivery, P. Monterey will commence a time charter contract with ST Shipping & Transport Pte Ltd., a wholly-owned subsidiary of Glencore, at a daily rate of $32,000 per day for a period of 24 months +/- 45 days at the option of the charterer.

Andreas Michalopoulos, Performance Shipping’s chief executive officer, said, “In the short span of six months and following the delivery of our most recent acquisition later this month, the M/T P. Long Beach, our initial five-vessel fleet will have nearly doubled in size and will consist of eight modern, high specification Aframax tankers. As previously announced, the employment of the M/T P. Monterey will generate approximately $22 million of gross revenue for the minimum duration of the charter, thereby contributing to our fleet-wide base of secured revenues of approximately $85 million. We expect to further supplement this steady cashflow through the operation of our remaining tankers in the spot market, which we believe demonstrates sustainably strong fundamental conditions, as voyage charter rates for Aframax tankers are currently at historically high levels.”