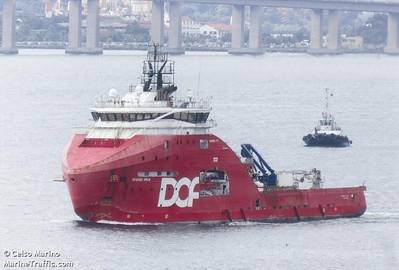 Norwegian offshore vessel operator DOF has secured long-term charters for a trio of anchor handling units with Petrobras in Brazil.

DOF said Tuesday Petrobras had awarded its Skandi Urca and Skandi Fluminense vessels 2+2 year contracts with the start in September 2020.

Also, Petrobras has hired the Skandi Paraty vessel for a one-year contract that has already started this month,.

" All vessels are Brazilian built AHTS vessels and all equipped with Work Class ROV's for operations down to 3.000m water depth," DOF said.

The vessels, to be used by Petrobras in support of exploration and production activities in Brazil, are owned and operated by DOF's Brazilian subsidiary Norskan and DOF Subsea Brasil will be responsible for the ROV operations on the vessels.

Worth noting, another Norwegian offshore vessel specialist, Solstad Offshore, had as well earlier on Tuesday announced two new long-term deals with Petrobras for a pair of anchor handlers. More on that here.