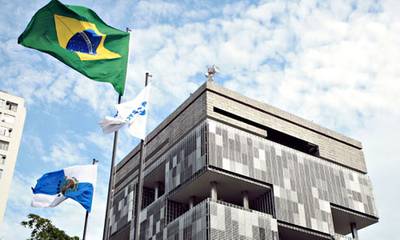 The police said they were exercising 23 search and arrest warrants in the cities of Sao Paulo, Campinas, Rio de Janeiro, Macae and Niteroi as part of its "Operação Lava Jato."

However, they did not confirm if Petrobras was one of the locations raided.

Portuguese for "Operation Car Wash," Operação Lava Jato has already resulted in the arrest of at least one former executive at Petrobras, as the company is known.

Paulo Roberto Costa, the former head of the company's refining and supply unit, was taken into custody on March 20 as part of the probe and is being held at a Federal Police jail in Curitiba, in Brazil's southern state of Parana.

The raid on Petrobras comes amid a series of scandals that has raised questions about its notoriously high costs, management difficulties and production delays. These problems have helped transform the company from one of the world's most sought-after investments into the world's most indebted and least profitable major oil company.

In 2008, following the discovery of giant offshore oil and gas resources, Petrobras' market value was nearly $300 billion, making it one of the world's six biggest companies. It is now worth less than $90 billion.

Congress has agreed to open an investigation into its $1.2 billion purchase of a Texas refinery between 2006 and 2012. Police and prosecutors in Europe, the United States and Brazil are looking into allegations that Dutch oil-ship leaser SBM Offshore SA bribed company officials to win oil vessel contracts.

Petrobras said an internal investigation of the SBM allegations found no sign of wrongdoing. It declined to comment on the Texas refinery investigation pending the completion of its own internal probe.