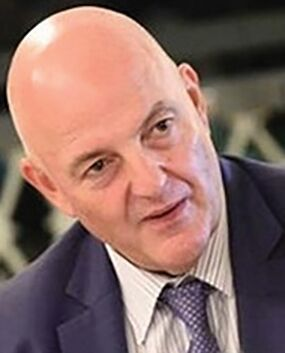 Denis Petropoulos has been elected Chairman of the Baltic Exchange Council with effect from June 1, 2019.

He replaces Duncan Dunn who has held the position since January 2018. Denis Petropoulos was a founding partner of Braemar Tankers Ltd and remains a significant shareholder at Braemar Shipping Services PLC. He most recently headed up Braemar's Singapore office for seven years, before returning to the UK.

He has been a Baltic Exchange Member since 1999 and has held positions on the Baltic board 2002-2007 and joined the Council in January 2019.

Petropoulos has worked in competitive ship broking for 40 years. He presently sits on INTERTANKO's Associate Members' Committee and is a non-executive director of TEN, a New York Stock Exchange listed tanker company.

Petropoulos left H.Clarksons in 1985 to open Braemar Tankers, which by 2001, had evolved into a publicly listed company where he sat on the board. In 2011 he opened the group's shipbroking office in Singapore and remained there until 2017 heading up the corporation's expanding operations in the Asia-Australia. He came off the PLC board in 2015 and is now based in London.

Byron E. Vernicos has been appointed exclusive Agent for Ardent for the Greek and Cypriot market.Ardent is a global specialist in emergency preparedness, emergency response…