Germany Does 'Pierhead Jump' Aboard MLC 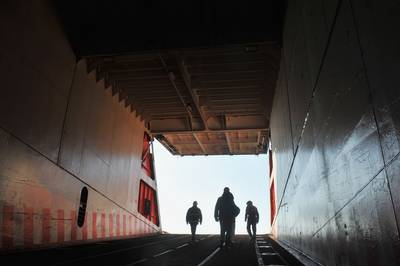 The Government of Germany registered its ratification of the Maritime Labour Convention, 2006 (MLC, 2006) with the International Labour Office days before it becomes effective on 20, August 2013.

Germany becomes the 43rd ILO Member State and the 17th European country to ratify the Maritime Labour Convention (MLC 2006) , a landmark convention which constitutes the fourth pillar of the international maritime legal regime complementing key Conventions of the International Maritime Organization (IMO) with decent working and living conditions for seafarers and conditions of fair competition for ship owners.

Already party to 16 ILO maritime conventions, Germany played a significant role in the successful adoption of this landmark Convention. German tripartite constituents contributed actively throughout the preparatory process in designing and developing the provisions of the Convention and Mr Dirk Lindemann, representative of German shipowners, acted as Vice-Chairperson of the Conference Committee and of the various preparatory meetings.

Germany has around 350 registered vessels totalling more than 15,3 million gross tonnage under its flag and is the third country of ownership in the world. The port of Hamburg, third largest seaport in Europe, 14th world’s largest container port and second largest European container port, is a major transportation and logistics hub for Northern Europe which provides access through its waterways to the European hinterland and plays a major role in the region’s economy, with more than 40 000 people employed directly in and around the port.