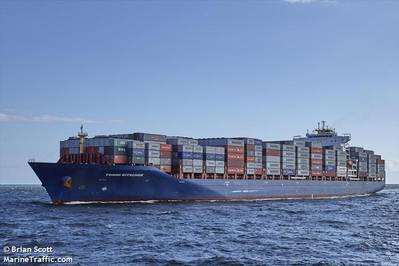 Pirates reportedly boarded a Portuguese-flagged containership anchored off the coast of Benin on Sunday and are believed to be holding eight crew hostage, according to maritime security consultancy Dryad Global.

It's believed 11 crew members are locked in the citadel while another eight are being held by the pirates elsewhere on board, Dryad reports. Crew members are said to be Russian, Ukrainian, Bulgarian and Filipino.

Assistance has been sought from Nigeria who have dispatched a Nigerian patrol boat NNS Ose with a detachment of Nigerian Naval Special Boat Service.

The Gulf of Guinea remains the world’s top piracy hotspot and attacks and piracy incidents in and off Benin anchorage have increased, according to the ICC International Maritime Bureau (IMB). IMB’s 24-hour Piracy Reporting Centre (PRC) recorded 21 attacks in the Gulf of Guinea in the first quarter of this year, with three ship attacks including two instances of crew kidnappings off Benin.