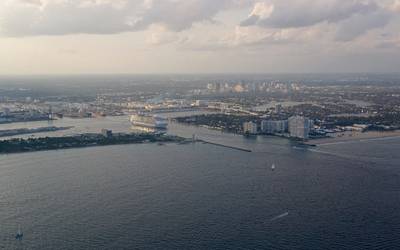 The RDSEIS includes additional information gained since the publication of the December 2020 Draft Supplemental Environmental Impact Statement and is being shared for additional public review and comment.

The authorized plan for the Port Everglades, Fla., project consists of deepening and widening various components within Port Everglades Harbor to increase navigational safety and efficiency. The project also includes a reconfiguration of the U.S. Coast Guard Station Fort Lauderdale.

Total quantity of sediment to be dredged from the federal channel is approximately 5.5 million cubic yards, and another approximately 400,000 cubic yards from non-federal berthing areas. At this time, all dredged material is proposed for placement in the Port Everglades Harbor Ocean Dredged Material Disposal Site, located approximately four statute miles from the eastern end of the outer entrance channel.

The Jacksonville District will conduct a virtual public presentation in early March to discuss the RDSEIS and respond to questions from the public. Comments on the RDSEIS will be received until March 21, 2022.