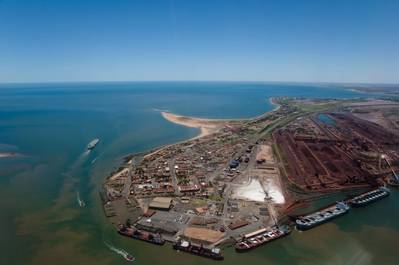 Shipments were affected by tropical cyclone Veronica, which hit Western Australia in late March. Port Hedland was closed for more than 92.5 hours, Pilbara Ports Authority said in a separate statement.